Home » Will You Integrate Google+ Sign-In? 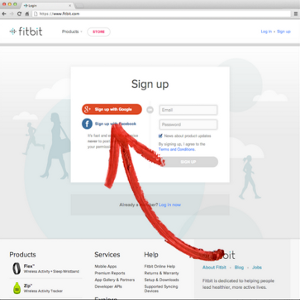 Wow, with Google+ Signin launching today, and the news that Google wants to launch a music subscription, Google just walked onto a new battlefield: competing with Spotify & Pandora. Here is some of the official announcement, with the emphasize mine:

Whether you’re building an app for Android, iOS or the web, users can now sign in to your app with Google, and bring along their Google+ info for an upgraded experience. It’s simple, it’s secure, and it prohibits social spam. And we’re just getting started.

From the last sentence it is clear, more is coming down the Google+ pipeline to capture more signals what users do on the web, and where they spend their time. With the FTC freeing the way for Google (official statement from FTC), I bet a large number of integrations is now ready to be launched onto the public for the big G to capture even more data and use it! It will become harder for any company to build their search presence with more Google Vertical products crowding the SERP’s.

With the bundling of Google Sign-In with Google Play Services for Android Apps, the lock in is complete for a large part of the smart phone OS market. Almost all the building blocks are in place for Google’s Evil plan on world domination.

And calling selective sharing with your circles a better way to share on social networks is directly pointed at Facebook, with the term social spam. Luckily there are a few people who do pick this up, and question these practices.

Sometimes you want to share something with the world (like a high score), but other times you want to keep things to yourself (like fitness goals). With Google+ Sign-In and circles you decide who to share with, if at all. In addition: Google+ doesn’t let apps spray “frictionless” updates all over the stream, so app activity will only appear when it’s relevant (like when you’re actually looking for it).

Wow, Google+ declares Facebook Connect to be “social spam?” Ain’t always so. Wonder if Google+ API will ever appear bit.ly/13QuPGD

You almost start to root for Microsoft with their Scroogled campaign to level the playing field.

The Fight Against Link Spam

For years now, Google has been fighting the war against manipulative links. Paid links, Paid Advertorials, (i-)relevant Infographics, you name it. Any link which has not been given editorial, and is only there with the intention to give the linked-to page a boost in the search rankings, should be avoided.

Just recently, I received my first link take down request for a link I posted completely editorial, but was exact match anchor text. Possibly the brand got in trouble for the heavy usage of the exact match, and tried to clean it all up now.

With the SEO drama in the UK surrounding Interflora and their penalty, it is clear to me Google still hasn’t figured manipulative links out yet. Especially as the left hand of the company doesn’t know what the right hand is doing… Just read through more of the info on this case here and here and here. Sometimes the guidelines are just for the common man!

What is Google Going After

With the Google+ Sign-In launch, Google is obviously attacking Facebook in one more field. From experience at work, I can see how important the Facebook connect function is for any web developer. You get instant access to people’s profile, and can showcase social proof for your products using people’s network. With a direct integration of Google Play in the search results, Google can capture the drive by traffic immediately as people search for certain music. And the integration at the launch with Shazam & TuneIn. Services like Spotify & Pandora are under direct attack now.

But there is more Google is after. With Links being manipulated for higher search rankings, social could be a great new signal for search quality and rankings. Very smart SEO’s have already pointed out the launch of Google+ Sign-In is one step closer to Agent Rank, or we should start calling it Author Rank.

(Agent Rank is actually a search engine for real estate agents. The site AgentRank.com does not longer rank high for their own term, just because Google has used the term in their patent applications, which triggered all kind of SEO blog posts using the term agent rank)

The social signal could be a blessing in disguise for Google Search Algorithm. disguised as increased competition for  existing social websites and music services there might be less scrutiny from consumers on the data capturing by every Google product.

We Live in a Google World

More and more, we live in a Google world, where there is less room for small, vertical oriented initiatives. Habits are hard to break, and with no government interest in regulating dominant positions in one industry being abused to enter new verticals, Google has no reason to change its way. You better get on it, adapt or die, and take advantage of the new world!

The question is, will you adopt the new sign-in functionality for your site, or is this going to be a long way for Google, where they will have to start enforcing mandatory usage of the Google+ Sign-In? What do you think..?


[schema type=”product” url=”http://plus.google.com” name=”Google+” description=”Google+ aims to make sharing on the web more like sharing in real life. Check out Circles, Events and Hangouts, just a few of the things we’ve been working on.” brand=”Google” price=”free” ]