Home > Internet > SEO > Question: Do you have a Victoria Secret 49ers Jersey for sale?

I stumbled on the strange case for Victoria Secret to be a filter within Google image search for the query 49ers jersey.

At first I thought Google had become crazy, then I was thinking of a smart way Google would test their users and see if the Victoria Secret filter would trigger a response and use the data in some sort of negative testing. But it was different… 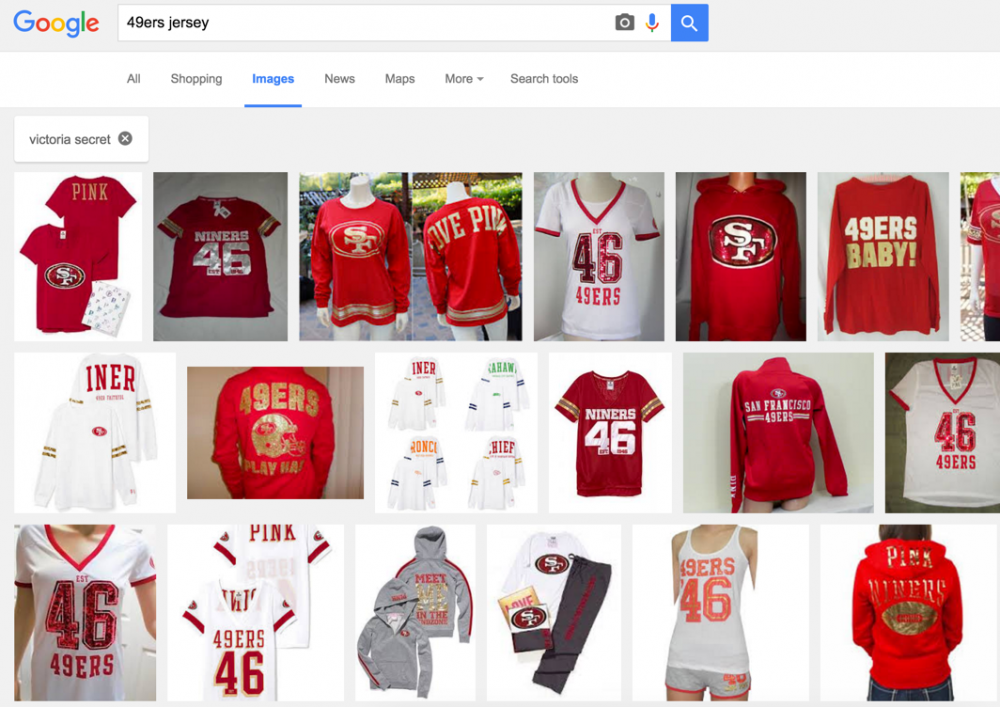 Still not what I would expect from a search with Victoria Secret in the query. I would have expected much more 49ers branded underwear and lingerie by Victoria Secret. Instead, there are a number of 49ers women tops and shirts displayed which are hosted on non Victoria Secret sites. You can also find the 49ers Victoria Secret Pink collection on NFLshop.

Now I’m wondering if Victoria Secret is a filter for women in image search at Google.