Anybody want to buy my Unopened Case of Michael Phelps Kellogg’s Corn Flakes box? Oh did I say these are in MINT condition! 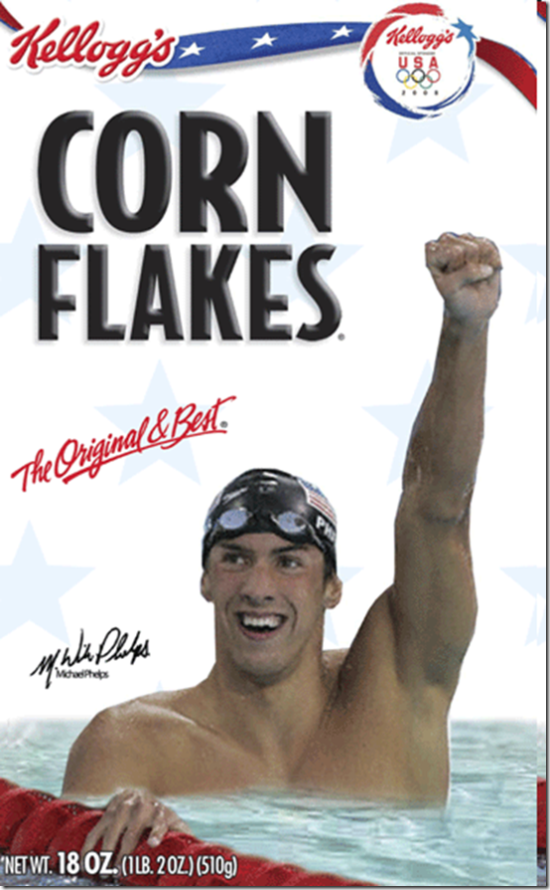 Poor Michael, he was the hero, now he is coming across as the looser. If only the photo was not printed, if only the photographer had not made the picture, if only…

Now, dry the tears, back to business. You can buy your collectors Unopened Case of Michael Phelps Kellogg’s Corn Flakes on eBay lower than a new box of Kellogg’s Flakes at Safeway now.

Rush, because the ultimate date these flakes can be eaten is coming rapidly!

I specifically like the almost last paragraph from a New York Times article:

Like it or not, by winning eight gold medals, Phelps automatically became a role model by virtue of being sent out there as a highly paid spokesman for multinational corporations. We like our sporting heroes to be perfect, but it’s hard to be perfect in the 24-hour electronic buzz where everybody is a blogger and has a cellphone camera within reach.