A my god. I must remember to keep saying this to myself everyday:

A good idea, is not a good idea without execution!

How many times did you had a good idea, and you didn’t do anything with it? It happens to me all the time. Maybe I have too may ideas the whole day, and I naturally discount them as less interesting. But all I need is some more Freaking time to start building shit!

A couple of months ago I started to wonder if it would be feasible to build a bridge between Twitter and the Skype mood message, so that it would get updated everytime you place a new message on Twitter. Twype is just doing exactly that 😉

I told somebody at the office about it, but let it rest for months. Now I suddenly saw a message from him on Twitter: 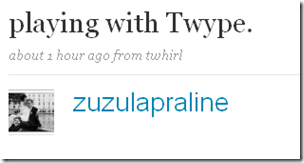 On which he sent me: 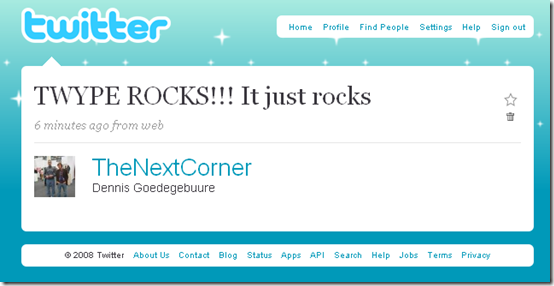 And it shows up in my Skype as Mood message:

You can find Twype on: Voidstar

I’ve been playing around with posting Twitter Tweets to my Skype Mood. The alpha is just finished and you can download it from here.
http://www.voidstar.com/downloads/twype.exe

It’s a small Windows tray program.
– Once every 5 minutes it checks your Twitter account and grabs the latest tweet. This gets posted to your Skype Mood.
– If you use Winamp it optionally checks what’s playing and posts that to the Mood instead. This overrides the Twitter post but when you pause Winamp it reverts to the Twitter post. Winamp is checked every 5 seconds and when the playing state changes or track changes so it’s more or less instantaneous.

Installation just consists of copying the .exe somewhere and running it. The first time you run it, it will popup the dialog so you can put in your Twitter ID. Once that’s done it will start in the tray so you can add it to your Start menu and forget about it.

I must say, the tool works pretty awesome. It simply ROCKS! I love this shit, bring me more. Congrats to the creator/ developer of Twype. You are a genius 😉

I love it when I’m right!

I just started to experiment with Avatar Speech, say it through your Avatar.

Brings a lot of Hate 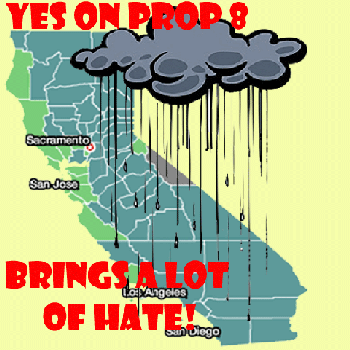