Six years ago, when I moved to the US when working for eBay, I set myself two goals: 1) Build up a network of people in my industry,Internet Marketing 2) Get more comfortable with speaking in public. Now looking back, I’m happy to say that I made good progress on both of these goals!

SEO Networking in the USA

Over the last 6 years, I managed to meet a lot of people. It is not a coincident as I made an effort every time I was at a conference. As I described in a recent interview with Aimclear:

One of the efforts I always found important is to build a broad network and connect with people who at least understand what I’m talking about on what I do on a daily basis. The first conference I went in the US was SMX Advanced in Seattle in 2006. First night I met with my friend Scott Polk (now at ObsidianEdge) and Scott Skurnick (now at Sears), both at Edmunds at the time. We still keep in touch and get together when we attend the same conferences.

Even to this day, when I go to a conference, I have a goal to meet new people. And not only meet them, but also stay in touch and check in after the conference. You never know who you can help in the future, or introduce people to each other!

Meeting new people is easier when you are one of the speakers. Not that I see myself as a Rock Star on the speaker circuit, but it’s a simpler opening to approach people and ask questions. In the last 3 years, I spoke at several small or large conferences, but the funny thing is, I’m still nervous before I speak.

, in which Scott Berkun tells all kind of stories what he has experienced travelling the world for speaking performances. Already on page 8, Scott brings in a great perspective out of Dale Carnegie’s Public Speaking for Success:

For me, I think it’s important the audience thought it was worth it to spend their time listening what I have to say at that moment. As long as the audience didn’t feel cheated out of 20 minutes or 3 hours of their life, I would say only then I’m satisfied! Which is at the same time, my biggest fear, and I always feel insecure after the session I was speaking at and I’m dying to get feedback from people in the audience. Feedback which would make me better in what I’ve just delivered. 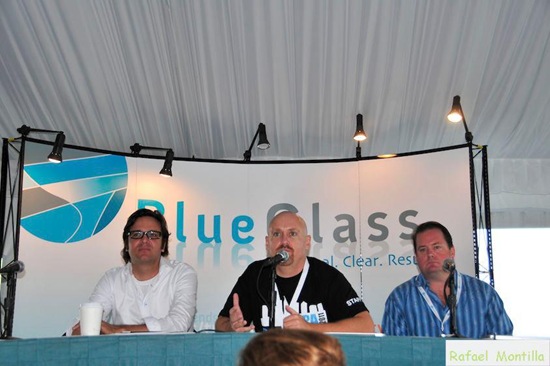 Learn from your Audience

The two best public speaking events I learned a lot from, where not even in the SEO industry. Last year I spoke at the EVO conference (see my post about speaking at EVO 2011 here), where I did a 3 hour SEO workshop for Bloggers. Just 2 weeks ago, I did a similar updated session at the SNAP conference (download a PDF of my presentation here). Three hours, I spoke about what I’m passioned about: Search Marketing, SEO & Blogging! You can read how the audience has experienced the 3 hours presentation here. And trust me, holding the attention of an audience for 3 hours, is really hard! 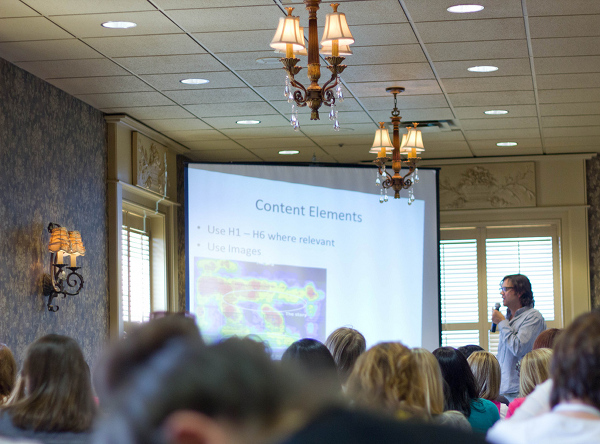 Photo by Kendra from My Insanity

At the SNAP conference I reconnected with bloggers who sat through the 3 hours SEO workshop at EVO. Asking if they implemented any of the best practices and what happened with their traffic, I was pleased to learn that all of them had significantly grown their traffic. I even got to hear of one website which had grown from 8-9K visitors a months last year, to more than 100K per months right now! I wished I could take credit for this growth, but unfortunately I have only helped the search engines to find the content on these websites easier than before.

The women I spoke at SNAP are so much more successful in Blogging then I am. I’m using this site to rant, publish ideas, news what is happening in San Francisco, and here and there a lost photo. nothing really structured or on one topic. Next to that, I hardly am making enough time to really build out the site, because I simply have way more other stuff to do.

Speaking with people who run a successful site with more than 2 million visitors a months, inspired me to think about new projects. Since I will have some time over the summer, I will start to prepare a new project inspired by the success of all the creative bloggers at EVO & SNAP. More to come!

Oh, and last thing: EVO & SNAP, THANK YOU for the inspiration and the opportunity to for me to learn from you all!