A couple of years ago, I received a parking ticket. Not an ordinary ticket because my car was parked in the wrong section, or forgot to fill up the meter, no I got one because I was 10 Centimeter in the lower section of the curb. The ticket claimed I was blocking potential handicap people crossing the street. The ticket was $350,-! I had my fair share of parking tickets in San Francisco. I always paid these just right away, even the expensive one, as it’s just hard to fight these tickets and you’ll have to go to court. Since I’m not a US citizen, but a green card holder, I rather stay away from rubbing the court system the wrong way, even if I know I could win.

I already spotted SFPD officers not following those same parking laws as ordinary citizens have to obey to. A couple of times I took some pictures of police vehicles being parked in red zones or next to a fire hydrant. See the two below here. One police car was even parked in the red zone for more than 24 hours (post in Dutch). Just imagine if a fire would have broken out, while the cop car was blocking the SFFD to get water out of the hydrant.  The San Francisco parking police sometimes also totally ignores the signs.

This morning, while walking in the Richmond neighborhood I spotted a police officer parking his car in a way which blocked the pedestrian crossing completely. As neither his light or his sirens were on, this could not have been an emergency stop. The officer hopped out of the car, and went into the little convenient store. Probably to pick up a quick doughnut. I started to make pictures, and was thinking to switch my camera to video to document the parking violation. Should I confront the police officer? Based on video’s I’ve seen online, I chose not to do this. The SFPD hasn’t been very nice to people exercising their 1st amendment rights. And, although a green card holder has the same rights as citizens with regards to making pictures in a public place, I don’t want to test these cop on how nice he will be. 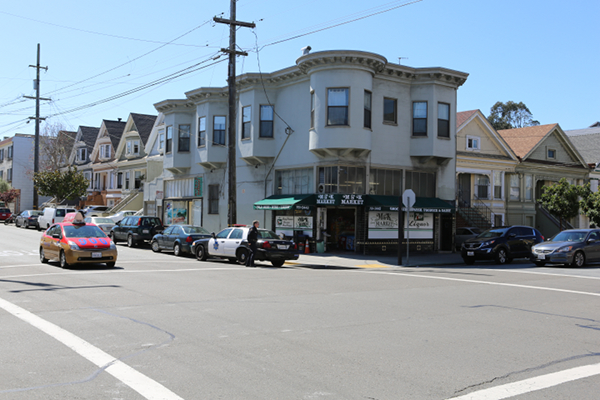 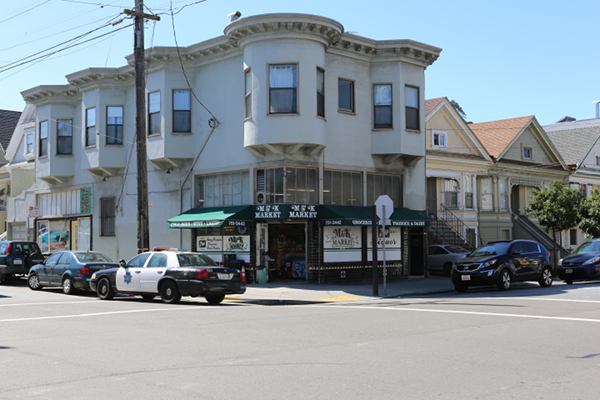 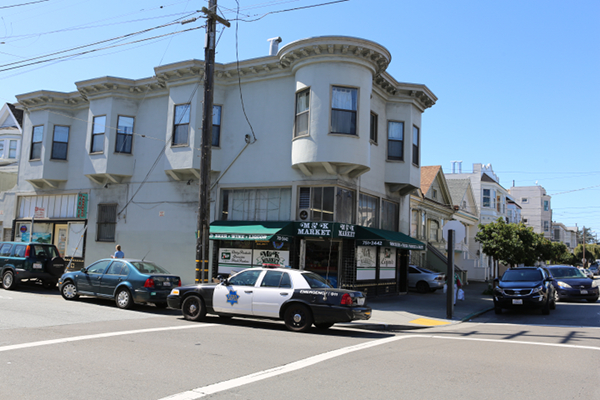 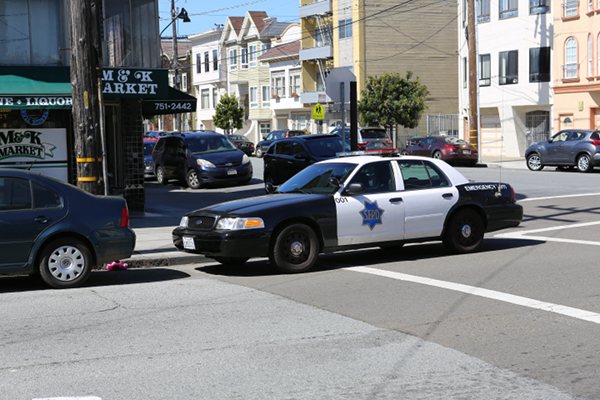 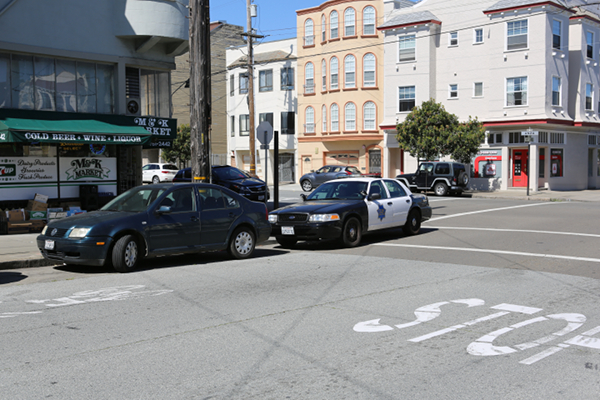 Sometimes the SFPD thinks they are above the law. While the officer was just doing a little shopping, and it took only 5 minutes, maybe, he should have just parked his car somewhere within the parking laws.

This is not the first time I’ve seen SFPD park in a way which violates all parking laws. Check out these two I made pictures of earlier: