What does GSH stand for on Chicago Bears uniform

Is a question I found in the analytics for the Chicago Bears Jersey evolution post we published on the WeAreFanatics blog. As I didn’t grow up in the US, and started to love NFL football through airing of the games on Eurosport, I never learned what these 3 letter patch on the Bears uniform stand for. There is sufficient searches on queries (see screenshot below) like “Chicago Bears GSH Patch”, or “GSH on the Chicago Bears jersey”.

I decided to have a blog post written on the topic. What does the GSH stand for on the Chicago Bears uniform?

So, what does GSH stand for on the Chicago Bears’ uniform? Well, they’re the initials of George S. Halas. Who is this Halas guy, you ask? Well, Halas played for, coached, and eventually owned the Bears. He was involved with the team in one capacity or another from 1920 until his death on Halloween in 1983. In his different roles, he had a hand in six NFL championships.

After his death in 1983, the Bears honored his historic legacy with the GSH initials on their left sleeve, where they remain to date. Generally, the evolution of the Bears’ uniform has mirrored the many variations of the team over the years, though certain elements have never vanished. 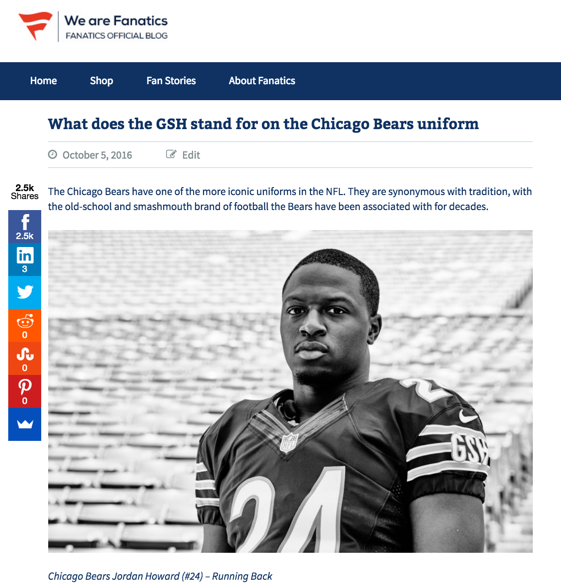 Luckily, Fanatics has its own repository of high quality merchandise and player’s wearing the team’s gear pictures. So it is easy to include a picture of the Chicago Bears Jordan Howard wearing a Chicago Bears jersey with the GSH on his left sleeve.

This particular story gets interesting when we published the blogpost on the Chicago Bears Fanatics Facebook page. The engagement on the story went through the roof. Almost 700 comments on the post, where the majority claimed:

If you don’t know, your not a real Bears fan! Its stands for George Stanley Halas, founder, player,coach of the best NFL team, the Chicago Bears! 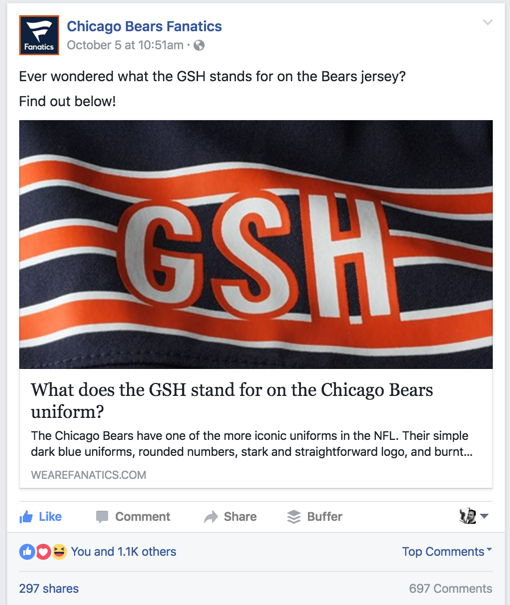 Well, yeah, sure. But apparently, there are many people asking themselves what the GSH patch on the Chicago Bears left sleeve stands for, just check out Google trends for the terms “What does GSH stand for on Chicago Bears uniform” and “Chicago Bears GSH” over the last 5 years. Consistently there are spikes in searches during the NFL season.

And with a quick blogpost, and a large social engagement on Facebook, we managed to rank the page quite easily for the query on the first page, just above the Chicago Bears jersey evolution post with which this whole story started. 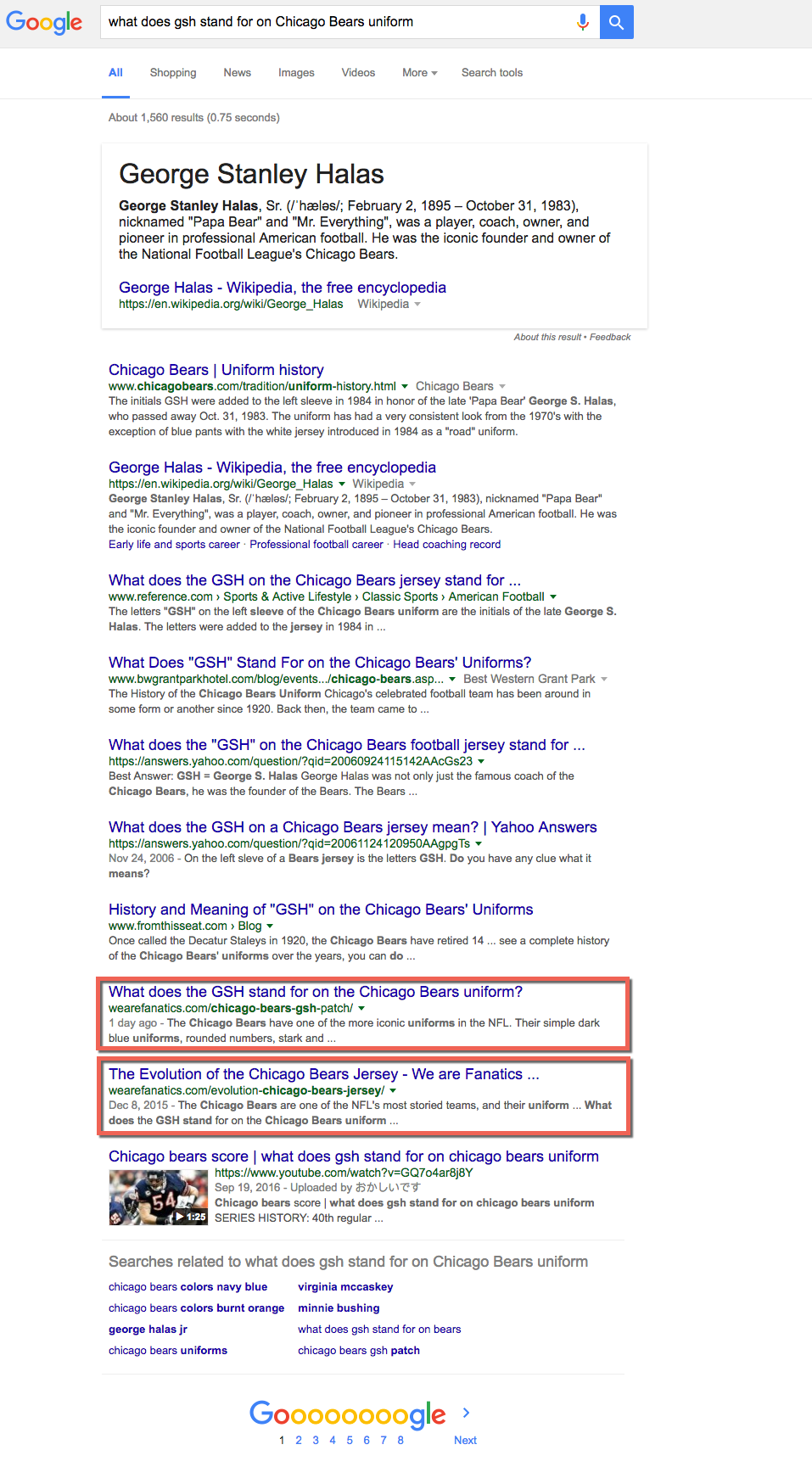 So, what have we learned: