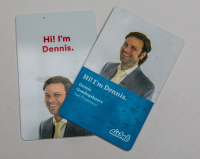 The year 2015 begins with a lot of change, something I’m quite familiar with since I’ve done major changes all at once in the past; i.e. in 2006 I met Fiona, moved to the US to take on a new job, got married and had a beautiful daughter. Yes, I like to shake things up sometimes! Moving to the US was one of the most difficult decisions I’ve ever made, but in the end it all worked out. Just recently, I was confronted with a similar hard decision I had to make; and it was more a luxurious position I was in that made me uncomfortable what to pick. I had to choose between staying at Airbnb, or take on a new dream job at a different company with a team I worked with in the past. I picked the latter, and in December I joined Fanatics Inc. as the VP of Growth & SEO.

What made it extremely hard, is that I loved working at Airbnb, as you could tell from the many blogposts here, the Facebook posts of all my guests in between the Cereal boxes or all the tweets I’m still sending out when it comes to Airbnb. I mean, who doesn’t want to work with a company which enables Treehouse adventures for kids, story 1 & 2 here. At the moment, Airbnb is one of the hottest startups in the world, growing like a rocket ship, and is able to hire some of the most talented people in every discipline. So why leave..? And how do you come to such a decision? My former boss at Airbnb, Juney Ham,  has a good piece on it was well. I have had similar reactions and feelings.

I never thought I would leave the company so quickly, especially after the success I recently had with the Berlin Wall film – Wall and Chain, and a 2014 year that Rocked! Working with people like Jonathan & Willow made the decision even harder. What incredible smart and talented people! When I wrote the post I joined Airbnb a little over 2 years ago, I was thinking it would be at least 4-5 years I would hang out here, maybe even longer. So why leave?

While working at the Wall and Chain film, I realized I have been standing still for a while. Last year I realized I’ve had been working on SEO for 10 years. That makes 11 this year. And while I love what I do, working on new marketing campaigns which extend beyond SEO, accelerated my thinking in new frameworks. At this moment in my career, I believe I will need to learn as any new things as much as possible! The combination of EPIC content, with data inspired stories and social media amplification, which were are combined in the Wall and Chain campaign, made me change and adapt some of the frameworks I’ve been using for years. On top of my LUMPS framework, I’ve built the Content-Brand Pyramid, which I will describe in a later blogpost.

Back in August I received a Facebook message from my old boss at eBay, who had just recently joined Fanatics together with a bunch of other ex-eBay people. He made it perfectly clear from the start that he was in it to recruit me. Very transparent. The more I was digging into the company, Fanatics, the more I liked the opportunity. As part of the Billion Dollar Startup Club, Fanatics flies most of the time under the radar. When I was asked to put the ideal job description for my role together myself, I knew it was going to be a very difficult decision. At first I didn’t really wanted to leave Airbnb, but how many times in your career will you get the chance to determine what you will be doing, where you will be able to grow, and have a big impact on an already large and further growing company?

The role I described is focussed around the new SEO; Where the worlds of SEO, Content & Social are diverging. The Berlin Wall campaign is an example of the new SEO, where we combine three key elements of content and social amplification:

I see the new SEO as the outcome of a very well designed product and EPIC content. This includes all the technical aspects of site structure, speed and technology, as well as the relevance of you content, mapping keywords and concepts to user intend, while building the authority of the sites through real smart brand marketing. Airbnb was able to match some of the requirements for what I wanted to do, but not all.

The final straw in the decision making process, was the picture below;

I took Miss J and Mr D to a pre-season game of the 49ers in the new Santa Clara stadium. As some of you might now, D is absolutely crazy about every sport, but especially NFL football. The whole day he is walking around with, and throwing a ball in the air. But don’t think J is not interested. She amazes me with her deep knowledge of player and coaches names, and how the game is played. This picture made me realize an important fact in my life; I want to connect on a deeper level with my kids.

Don’t get me wrong, I believe in the mission of Airbnb, make everybody around the world they can feel they can belong anywhere. It’s an exciting higher objective to work on, and I know Airbnb will succeed! I’m rooting at the sidelines for the team, and as I have a vested interest in the success of Airbnb, I will do anything I can to help them further. Thanks to Brian, Joe & Nate for giving me the opportunity to work at such an amazing company, and thank you Jonathan for the new learnings I received working with you, although it was just for 6 months.

This time I’m choosing to connect with my kids on a topic they are really passionate about; Sports. And with so many people around the world, sports runs deep in their blood. Real passion is hard to fake.