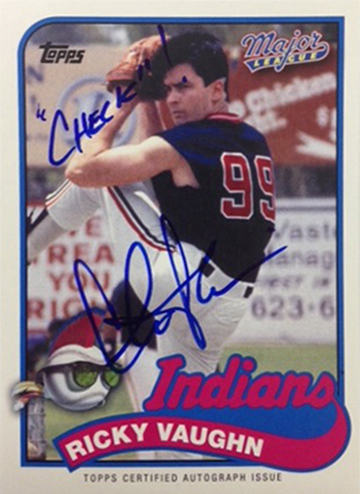 While I’m watching the World Series of Baseball for the last couple of nights between the Chicago Cubs & the Cleveland Indians, I can’t help my mind to wonder off to my teenage years when I had the movie Major League on VHS tape. I watched that movie so many times, that the characters from the film are like family to me. Ricky “Wild Thing” Vaughn, Cerrano with his Voodoo god Jobu, and Willie Mays Hayes (American Express, don’t steal a base without it!). They were my teenage baseball heroes. 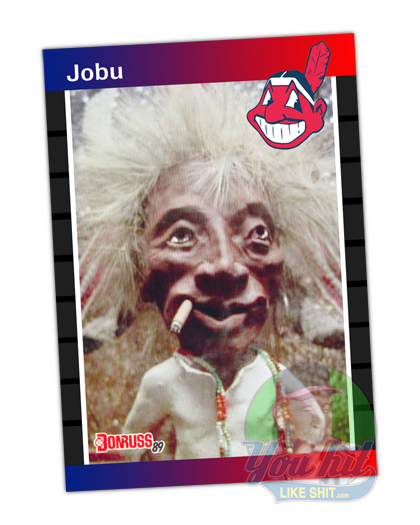 This time, I would like to see a win by the Chicago Cubs. Over the course of the last year, while working with Fanatics, I’ve met some really passionate Cubs fans, and saw how Anthony Rizzo, one of their star players, is one of the nicest pro-athletes I’ve ever met. Just see how nice he is playing along in this surprise marriage proposal at the Fanatics Authentic show in Chicago.

And what’s more, on one of our authentic shows, the main actor from Rookie of the Year, Thomas Ian Nicholas, paid a visit to our show. He did a couple of interviews while wearing his Cubs jersey.

In the US, the Chicago Cubs has a very big fan base, and because they haven’t won the World Series for over 100 years, a lot of people have a soft spot for the team from Chicago. And then, of course, the prediction from Back to the Future the Cubs would win the World Series in 2015.

Last reason why I would be cheering for the Cubs instead of the favorite team from my teenage years, I have a small obsession with Ernie Banks Google rankings. And Ernie Banks was a big Chicago Cubs player!

Normally I would cheer for the San Francisco Giants, but this year I yell: Let’s go Cubs