Right after Game 6 in the NBA playoffs Western conference, where the Golden State Warriors tied the series with the Oklahoma City Thunder, Dubnation fans out-tweeted the fans of the Thunder 2:1!

Here at Fanatics, I’m always searching for new ways to create the Presence Content layer in the Content-Brand Pyramid framework I’ve been working with for 2 years now. With a tool like the Fanatics NBA Playoffs Twitter tracker, stories almost write themselves.

Two simple graphs show how Warriors fans were ecstatic after the win in game 6, while the Thunder fans must have switched off their TV, and immediately went to bed without sending any message into the Twitter-sphere. 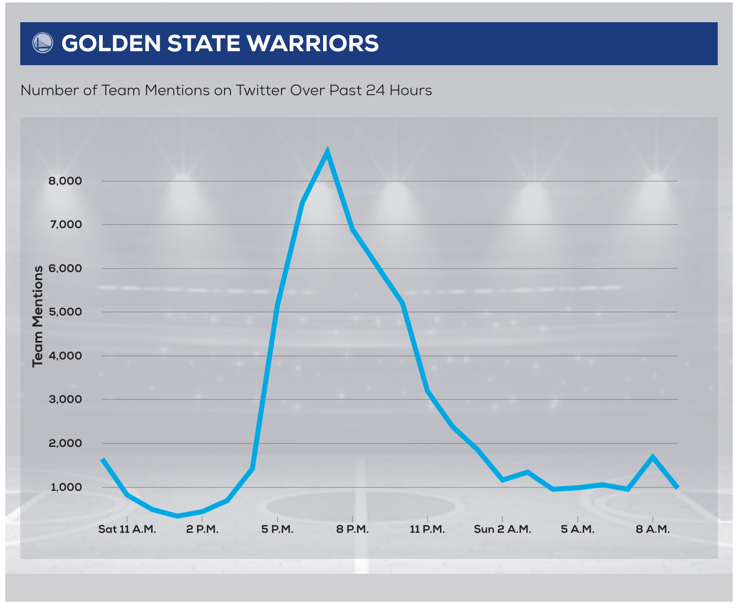 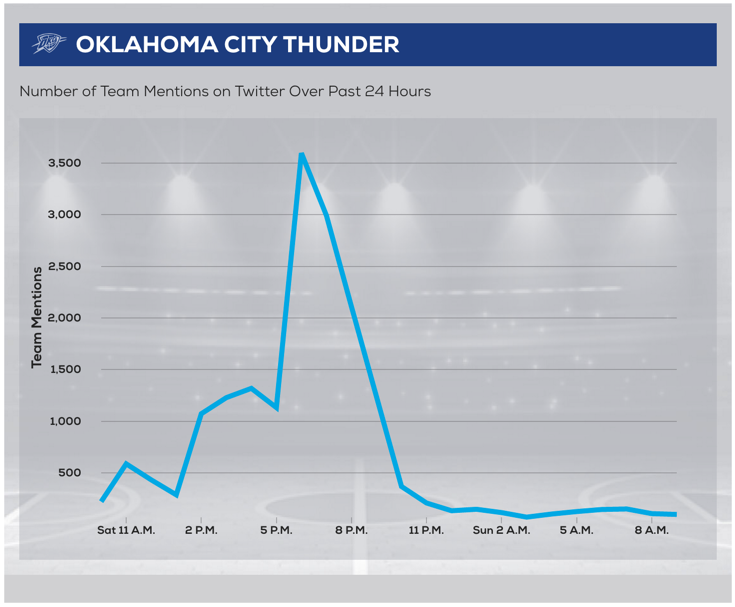 The purpose of the Twitter tracker is not only to be fun for fans, but also to build the Fanatics brand. By getting the tracker covered in mainstream media, USA Today, more NBA fans can enjoy the daily updates on which team in the playoffs is most popular on Twitter. Next time these fans want to buy their NBA team jersey, Fanatics might pop-up as a great place to buy.

For today’s game 7, you can follow the Twitter activity of the Warriors & the Thunder fans right here: