1 The Top Ten Reasons Why Kanye West Is A Douche

Posted on November 14, just a couple of weeks ago. The post went hot with 4350 Diggs.

Kanye West is a douche for many, many reasons, but it is easy to falter and find yourself thinking “Man, that Kanye’s a pretty wicked dude”.  It happens to the best of us, we falter at times, but it shouldn’t have to happen.  I have narrowed the proofs of his douchiness down to a ten-point emergency checklist that folds easily into your pocket or wallet for those times when his blinding douchebaggery eludes you.

A great post with funny ads. Especially the “Got a Giant Thirst?” or the two CD covers. 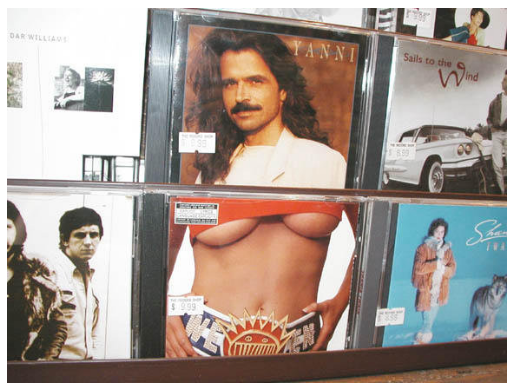 3 Top 10 Shirts To Get Arrested In

What would have mother have said after seeing this picture on the Internet? 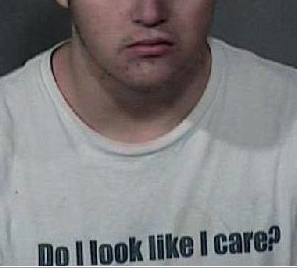 After an all night drinking binge things went a little too far. You find yourself in jail holding up a sign and getting a picture you will never forget. As much as this bites, at least you aren?t these guys? or are you?

Awesome: A set of balls for your truck 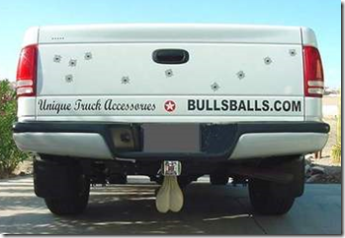 There are some things that scream out “I’m a huge douchebag!” in a way that makes you stop, take in what you’ve just witnessed, and then give a silent nod of confirmation that “yes, that is one giant douchebag.” These are ten items so intrinsically douchey they could take even the most dignified gentleman and make him look like a raging jackass.

Lifehacker is a major contributor to the top Digg posts, and has three places in this Top 10 list, of which this is the first.

BitTorrent is the go-to resource for downloading everything from music and movies to software and operating systems, but as its popularity continues to grow, so do the number of tools available for making the most of it. Some are must-haves, while others are a waste of time. Climb aboard for a look at 10 of the best BitTorrent utilities, tools, and resources for finding and managing your BitTorrent downloads quickly and efficiently.

When it comes to the Google search box, you already know the tricks: finding exact phrases matches using quotes like "so say we all" or searching a single site using site:lifehacker.com gmail. But there are many more oblique, clever, and lesser-known search recipes and operators that work from that unassuming little input box. Dozens of Google search guides detail the tips you already know, but today we’re skipping the obvious and highlighting our favorite obscure Google web search tricks.

My personal favorite always has been: “Find music and comic books”, but now that I live in the US, I’m a little more careful downloading copy righted materials.

Time magazine feels out of place here, as the magazine probably is not aiming to become a Digg front page story.

Since 1982, the American Library Association has sponsored Banned Books Week to pay tribute to free speech and open libraries. The tradition began as a nod to how far society has come since 1557, when Pope Paul IV first established The Index of Prohibited Books to protect Catholics from controversial ideas. Four-hundred and nine years later, Pope Paul VI would abolish it, although attempts at censorship still remain. Here, TIME presents some of the most challenged books of all time.

We?ve all done it, but usually when we do, we do it on the couch and wake up with dicks on our face. But if you?ve got no friends and no where to go, you?re likely one of the following top 10.

These are the top 10 signs you drank too much.

Since the dawn of time, geeks have been playing harmless pranks on their beloved (but unsuspecting) associates, and it’s up to all of us to carry the torch forward. On the eve of April Fools’ Day, when you’ve got local network access to your coworkers’ and family systems, cubicles just crying out to be filled with packing peanuts, and webapps that can do all sorts of things automatically, there’s no better time to baffle, confuse, perplex, and just plain mess with your loved ones and associates. Hit the jump for our top 10 favorite harmless geek pranks, just in time to get your prankster pistons firing for tomorrow.

The last contribution of three from Lifehacker.com. All these pranks are pretty awesome, so watch out for your colleague leaving their cubicle without locking their computer. That’s your chance…

Video guru Richard Blakeley … collected ten of our very favorite meltdowns by people whose job it is to not curse on TV. Some of these went out live, some were stolen from satellite feeds, but they’re all golden.

6 of the 10 Top 10 list of all times on Digg have been submitted in 2008. It appears that Top 10 lists are getting even more popular, or the quality is getting better.

The number one Top 10 list is still the Top 10 Freeware Software Nobody Knows About – But Should. With 5062 Diggs the absolute #1 of the Top 10 lists.