There is just so much you can get out of running your own niche websites. Apart from making some extra cash in affiliate and advertising revenue from a specialized website, you can also learn when the bigger trends in the niche coming in season again.

For my San Francisco Tips website in Dutch, I can see that the people in The Netherlands starting to think and research their summer holiday options in early January. For three years I’ve seen the same trend happening for my site with tips for San Francisco.

Here you see that traffic is increasing significant for the first two weeks after the new year has started. Amazing how consistent this is over the years.

You know the feeling. You run to your car, because you know there is street cleaning today. Unfortunately you are already too late, and there is a parking ticket on your car… $50 wasted. Well at least the city can put that money to work… Yeah Right!

But how funny is it that these little parking police cars will park anywhere, even when there is a sign they can’t! 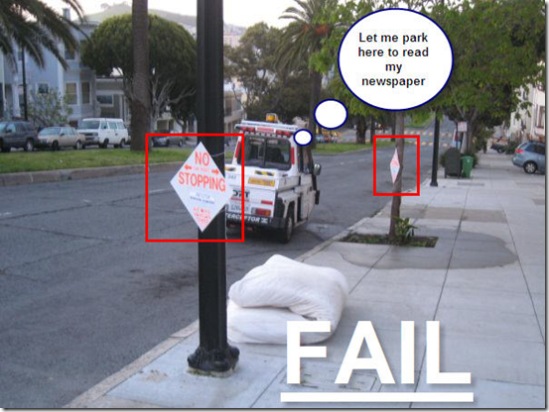 In the movie American Beauty Jane and Ricky bond over camcorder footage of a plastic bag “dancing” in the wind, which Ricky considers the most beautiful thing he has ever recorded.

Makes me remember the scene from American Beauty…

Time lapse video of the sunset over The Golden Gate Bridge in San Francisco. The video consists of 1200 photo’s taken with a Canon Rebel XT

Would you like this video on your blog, copy the code below

The making of a time lapse movie of the Sunset over the Golden Gate bridge in San Francisco.

April 12 2008 was a sunny day. After my first time lapse video, the Equinox in Chichen Itza, I wanted to do more interesting stuff on the web. I always wanted to capture the sun go down over The City of San Francisco, with the Golden Gate Bridge in the forefront.

I checked when the sun would set, and made sure I had a good spot with a view over the Golden Gate bridge.

I made around 1400 pictures while standing there, enjoying the scenery.

It was a beautiful night, with very clear sky. More and more photographers came to take shots of the bridge.

At the end I was able to make another great shot of the bridge. Just look at the reflections of the lights of the bridge on the water of the bay.