Three years ago, I made the following picture of Mister Penis getting lucky in the Castro in San Francisco. This guy was having a foursome on the streets of the biggest concentrated Gay community in the world, with three girls…

This guy had chosen his Halloween costume with care. He has thought about the way he would like to dress up and make a statement. This guy was dressed up as a huge cock!

This might have attracted some other folks in the area he was walking in. What do you expect when you are one large prick, walking in a Gay neighborhood? This is clearly the more Adult Halloween Costume.

Every year, I see the traffic on the blog post where I originally posted this picture go up (nice choose of words in a post containing the word penis and other synonyms several times). Unfortunately the traffic is not very targeted at the content, as it is clear from the referral keywords they were looking for something else.

Almost Halloween, so you can expect people to start to put up some of their decorations. I saw the following in a front garden, and thought it was funny. 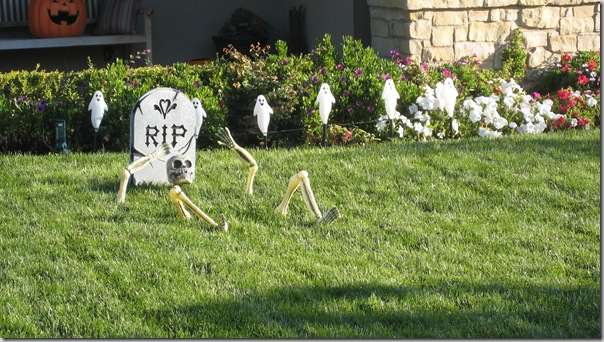 This year is our first year of Halloween in San Jose. No more celebration in the Castro in San Francisco, and probably a lot more kids at the door. Better go buy some candy, and order some decorations for Halloween or some Halloween costumes on eBay.

Now you can even get a Barakula mask, which would be interesting to wear if you are going to a Halloween party where a lot of Democrats will be coming. 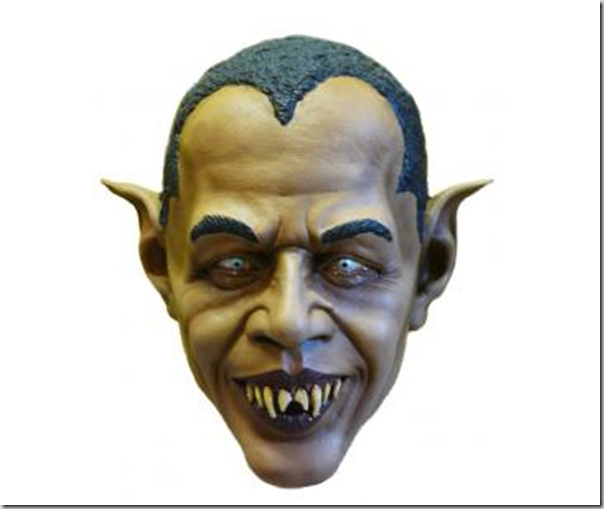 What is interesting is that no big brands are ranking on the first page of Google on Halloween costumes. It’s only specialty sites focused on selling costumes that make up the top 10: 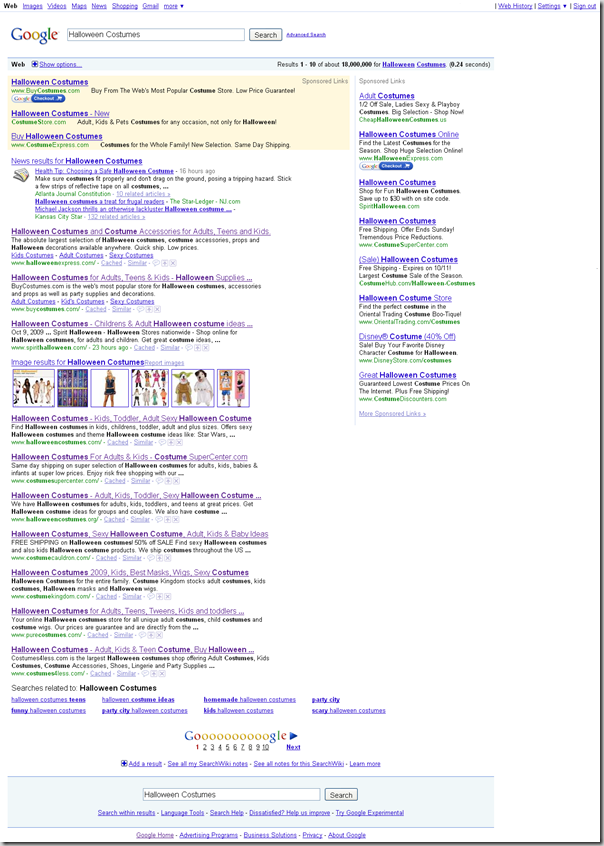