Sometimes, you come across those rare items on eBay, items you just have to share with more people. Today I was forwarded the following Canon lens for sale:

Can you imagine going to take some wild life pictures with this puppy on your camera. I guess you would have to save up for a new and bigger camera bag! I HAVE been saving for a bigger and more powerful lens, but I guess I need to rely on Santa to fulfill this whish! Xmas is just around the corner, so who knows…

This is a very rare Canon 5200mm photographic lens. THE largest & most powerful prime lens ever created for dedicated SLR photographic use.  Made in Japan. It is my understanding that a customized SLR/DSLR/EF mount can be created/included by the team of optical engineers who presently look after the lens. Due to its large size, it may be better suited to astronomy applications & others… It takes two strong people to lift the lens. It could also be mounted on a customized truck or SUV. A large geared or motorized support head would be needed to get the most out it. The magnification of this lens is truly staggering. If mounted to a Canon HD XL series video camera for example, a reach of 1000x optical (at least) would be possible (approx 37,500mm). The lens could also be mounted to HD & cine cameras. Manual focus & drop-in filters can be used. With so few ever built Canon spent a tonne on the R&D, not to mention the manufacturer of this lens. The Canon factory picture shows the lens mounted to an SLR camera (circled in red) – this will further give you an idea of its size. As the lens is so rare & so unique, it’s fair to say that it’s a collectors item & attraction in itself. For Canon collectors & owners of the Canon EF 1200mm F5.6 lens – quite simply your Canon collection is incomplete with out it.

The specific stats for the lens are:

The difference between a 50mm lens and this animal of 5200mm is striking! 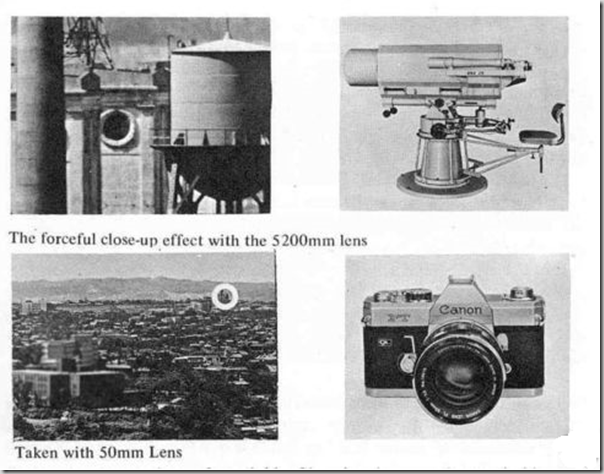 You would probably need the stand as displayed in the picture above to hold the lens straight.

I tried to make a time lapse series of a burning Winnie The Pooh candle we had. However, I failed to set the lens on manual focus, so not all pictures are zoomed in at the same sharpness or focal length. 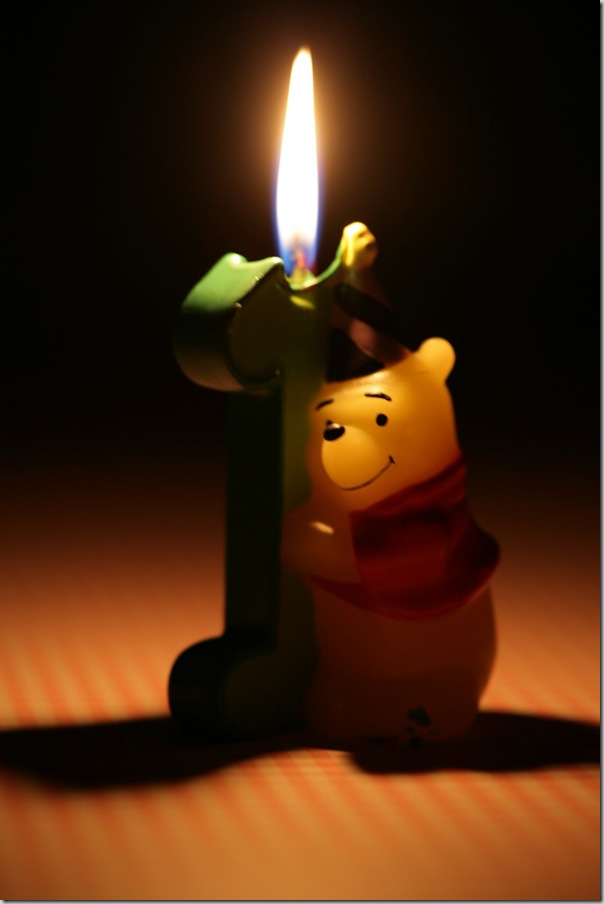 The picture has been made with a Canon 5D, and a 100 mm Macro lens. The specifics of the picture are:

Sometimes it’s just better to shut up and let people have their fun, instead of putting the issue into the spotlight.

I bet the PR and Legal teams from Canon USA are thinking like this right now. Right after Canon sent a take down notice to the owner of the blog Fake Chuck Westfall and WordPress, they found out how such a case can backfire. Automattic responded to Canon, that they stand by Fake Chuck and will support him. So much for taking down a blog!

It’s pretty obvious that the blog is fake. It says so in the title, URL and in the about page:

After the takedown notice, and some blog posts from well known and widely followed and respected bloggers, the story got much more attention than Canon probably ever wanted. It also had the effect that more people than ever visited the blog, which resulted in the post: To Canon and Loeb & Loeb: Thanks for the traffic! Instant fame for the fake Chuck Westfall.

Biggest learning of this all, maybe you just should ignore these kind of little blogs that try to get attention if you are a big brand and offended. The issue is more likely to blow up into your face when you send a take down notice. Bloggers love this kind of fights. They will jump all over it, and the story will spread like an oil spill. The bad thing for Canon is, once the ghost is out of the bottle, you can;t get it back in.