With the traffic for Ugly Christmas Sweater at the seasonal top and going main stream, the thought of using the rel=author rich snippet to advertise the Christmas greetings with the Ugly Christmas sweater post ranking in Google, got me excited to do a little testing. Swapping the picture on my Google Profile for a happy Christmas picture with the Christmas tree in the background.

Just a couple of weeks ago, I got the Author Rich Snippet to work. I followed Yoast extensive guide on how to implement the Rel=Author schema on a WordPress blog. I had the rich snippets enabled in just a couple of days. 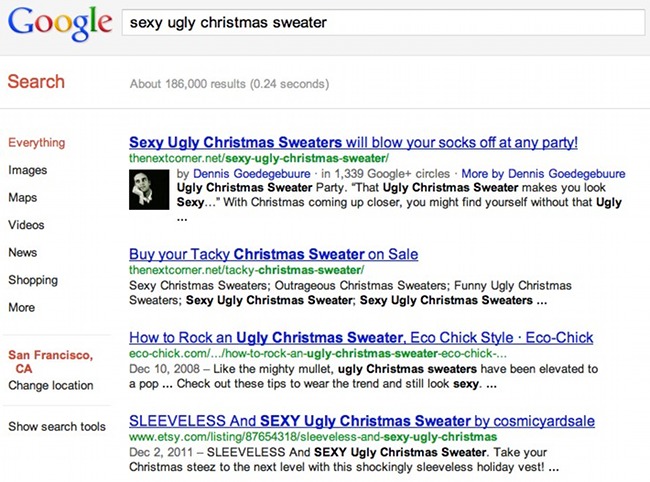 With a standard avatar in the SERP’s through the Rich Snippet integration, I thought I would do some testing swapping the picture on all my social sites like Twitter, Facebook and… Google+. The hypothesis I wanted to test was, that the avatar used on Google+ would simply replace the picture in the SERP.

After I took a funny Christmas picture, and swapped out the avatar at Twitter, Facebook and Google+, it only took 1 day for the Seasons greetings Christmas picture to show up as my rich snippet in the SERP’s. 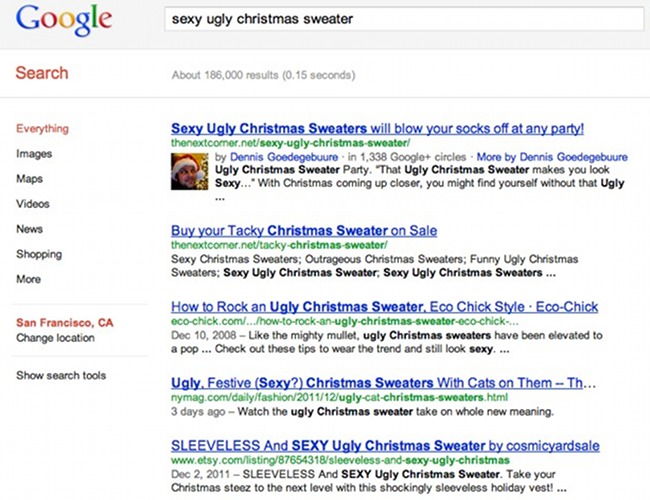 The objective with the picture was to get extra attention to the ranking page in the SERP. The Christmas hat, and I’m looking at the result, should do the trick. After I first spotted the Christmas avatar in the SERP, I asked on Twitter if anybody saw the same, just to make sure it was not my Google cookie playing tricks on me.

I can say that my experiment has been successful. I have been able to greet anybody in the Google search results with a special Christmas greeting avatar. Now it’s time to see if an integration of that same avatar on the landing page would improve the time people spend on my site!