Update: Now that Google Street View went live in other cities in The Netherlands, the hunt for more screen shots of the Red Light District is on.

Google did a good job in keeping these streets of the map for the drivers. See below the map of the area around the red light district in Amsterdam, with the street view in blue, and the Red Light district streets in… well Red! 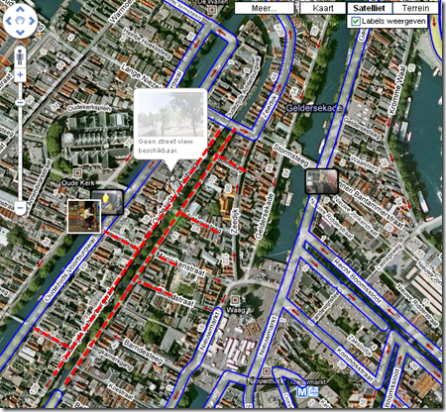 The Red streets are not available for Street View…at least that’s what Google thinks! Still you can find some interesting shots of the Red Light District in Amsterdam on the Google Street View. Although these street views are available, Google is rushing to blur as many as possible, so some of these won’t be available anymore by the time you read this.

Now, come on, show me what you’ve got!

I animated some of these to showcase what is happening. In most of the screenshots the address is readable, so you can go look for it yourself. As Street View is not real time, you won’t see what is actually happening right now! I can tell you that the pictures are made during the summer, as the weather is beautiful, people walking around in T-shirts, and there are Orange flags hanging everywhere. The Orange flags indicate that the Google car was passing these scenes during the Euro-cup last year.

Walking past the most kinky alley in the Red Light District

And looking in if there is something he likes… 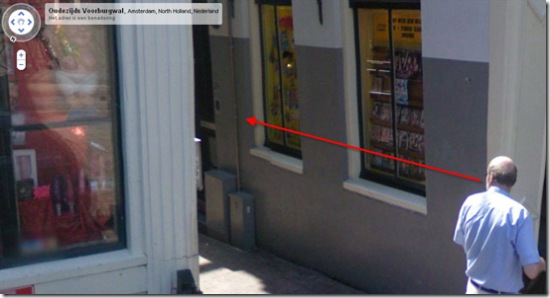 Is there something for sale here..?

Enter a Sexshop with DVD cabins

Always wanted to visit a SexShop in Amsterdam. Just make sure you are not walking in when the Google Street View is passing by. I’m sure those movies in the DVD cabin are also available on the paid movie channel in your hotel! 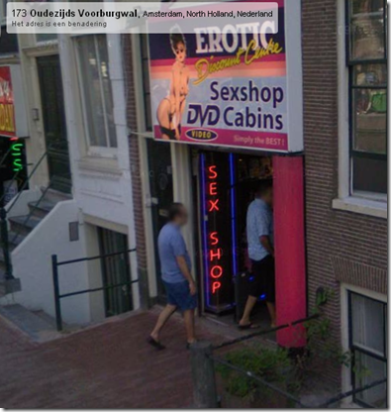 Checking out how this chick grabs her ass

Wow, did she just grabbed her ass…? 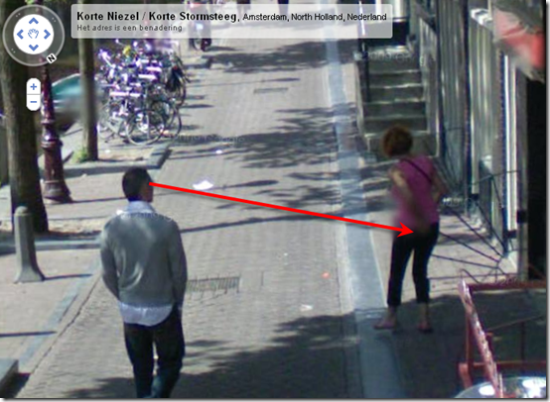 Checking out the Ladies, while being spied on

This guy is checking out the ladies behind the window, but guess what, he is been spied on from above… 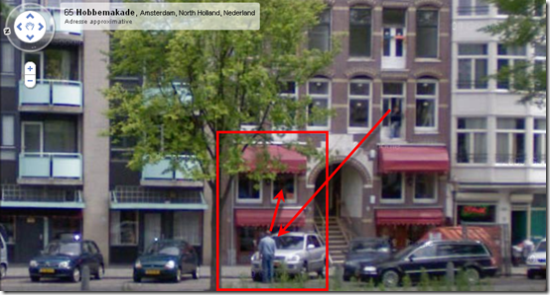 And then he walks off… 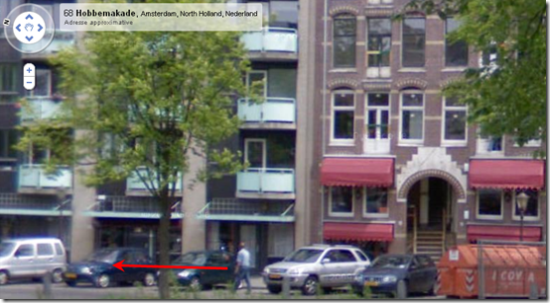 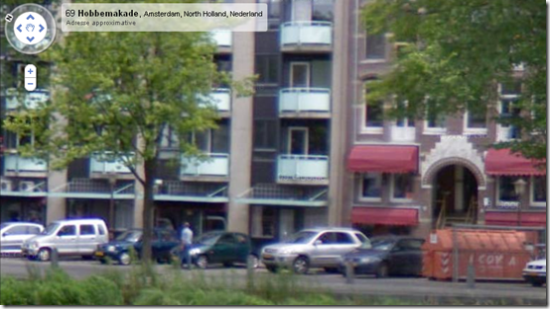 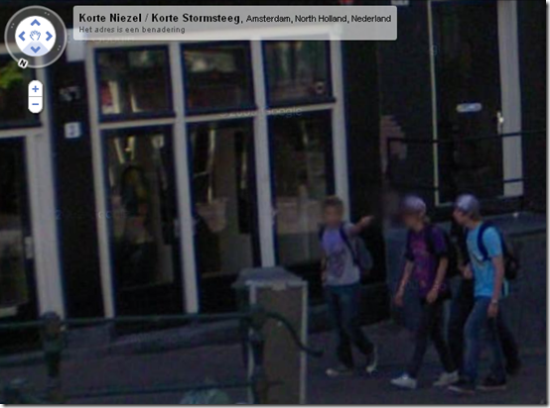 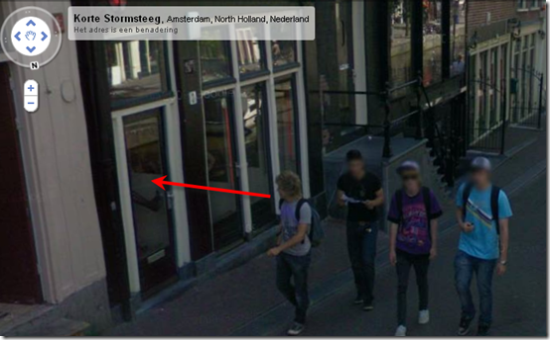 Sweeping the streets is a tough job, but somebody got to do it!

Hey, shouldn’t those street sweepers be working? Instead these guys are enjoying the view on a quite Tuesday morning. No cars parked on the street means there is a lot of street to sweep. I bet they spend a couple of hours to make this the cleanest looking street in Amsterdam…

All those windows these guys are staring at, are “The Windows“…!!!

Gotcha by the Google Mobile

And then last but not least, you can almost imagine these guys thinking…

Hey, Isn’t that the Google Street View car? Am I being photographed? 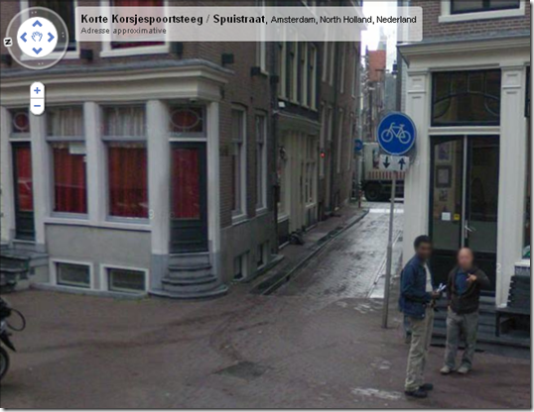 Update: In Groningen the searchers for ladies behind the windows have been more successful than in Amsterdam.