After Amsterdam, Groningen and The Hague were launched on Google Street View, yesterday Mister G launched a great number of other cities in The Netherlands. This meant a lot of folks were searching for the funny shots they could find. One great tourist attraction of The Netherlands is the Red Light District of Amsterdam. And although this is the best known outside of Amsterdam, there are many more red zones throughout The Netherlands.

In Eindhoven, you could find a DHL delivery man taking a break at the red zone. I highlighted the address in the different screenshots. 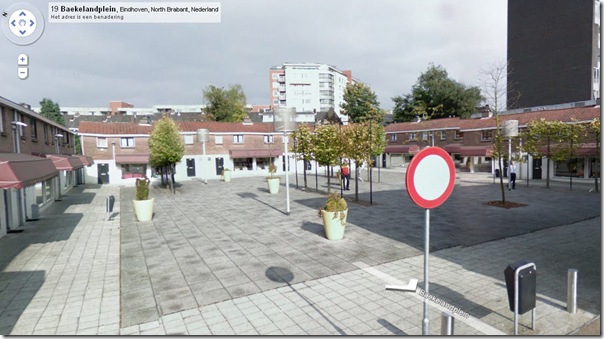 Between the trees, you can clearly see the red and yellow uniform. Red and Yellow are the DHL colors. 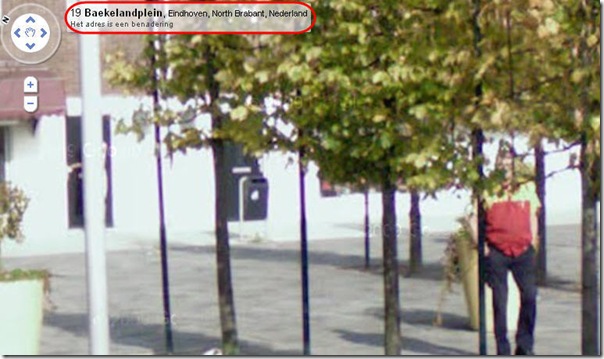 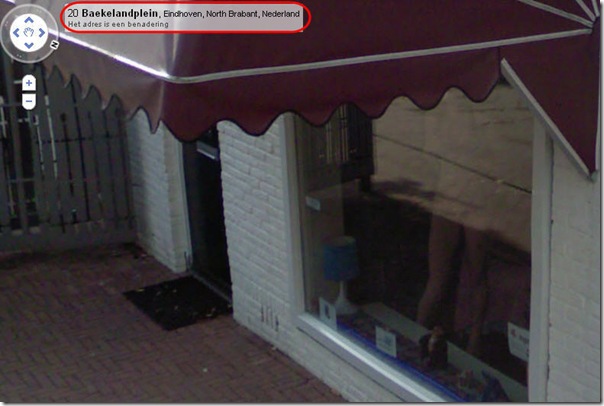 Where his large DHL red/yellow truck is parked at the entrance. Do you think he was delivering something…? 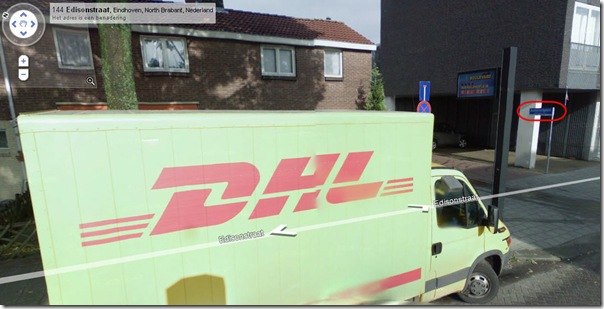 In Deventer, a whole street has been photographed in the red light district. 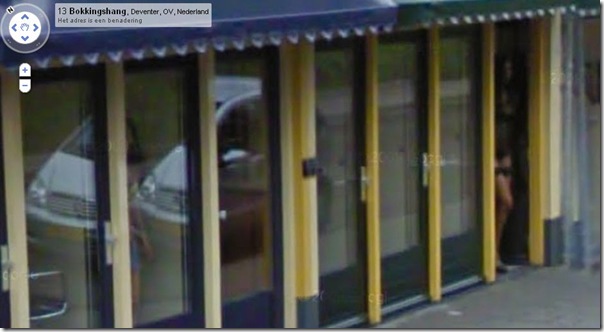 It must have been on a warm day, as a number of the ladies have their door wide open. Maybe they do this to make it more inviting to enter, as it seems to be pretty slow this day. 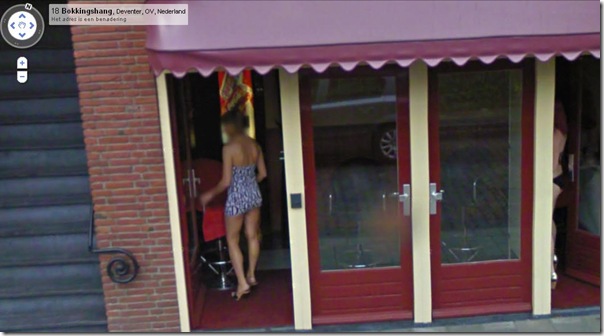 Or did the men know that Google Street View car was passing by today? I bet these guys didn’t…! 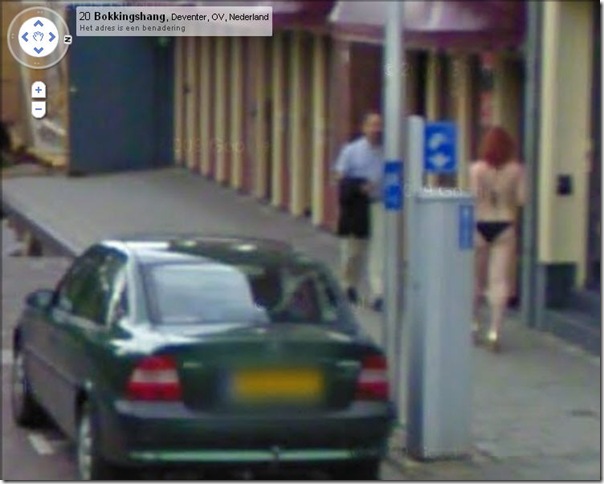 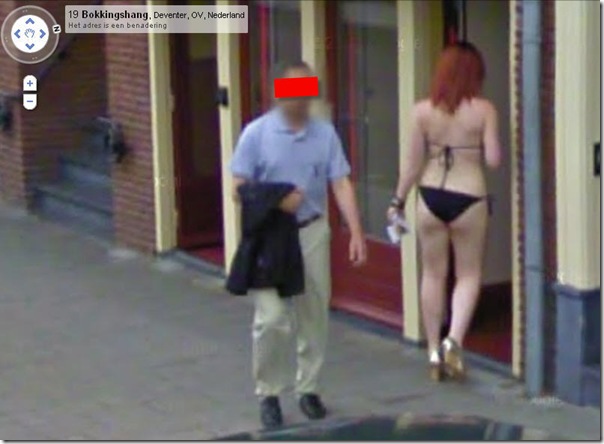 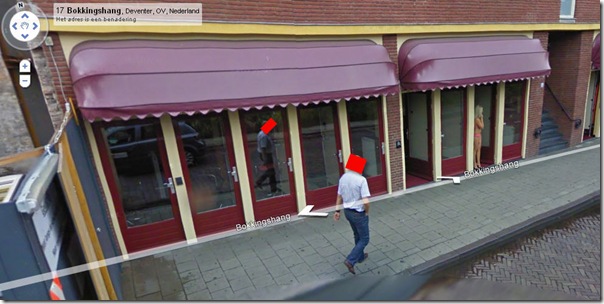 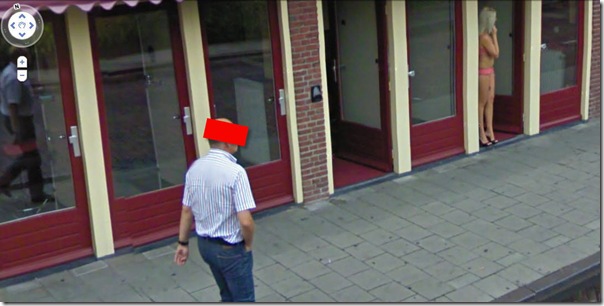 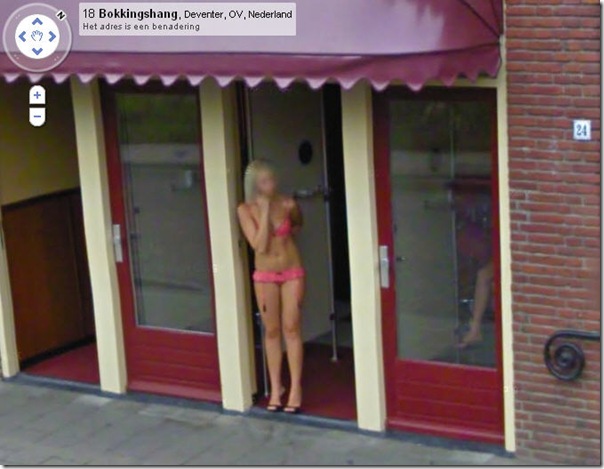 The ladies are bored. They are either calling on their cell phones, or taking a nap in the chair behind the window. 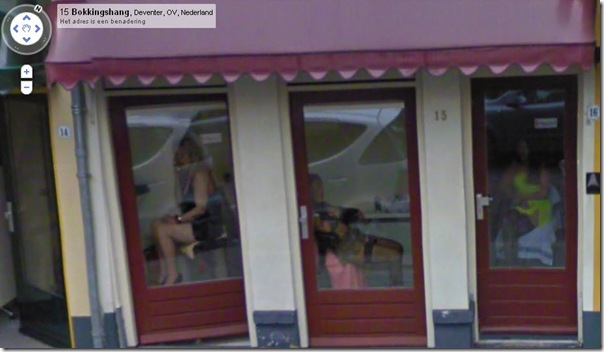 In the window you can even see a reflection of the grey Google car making all the photo’s. 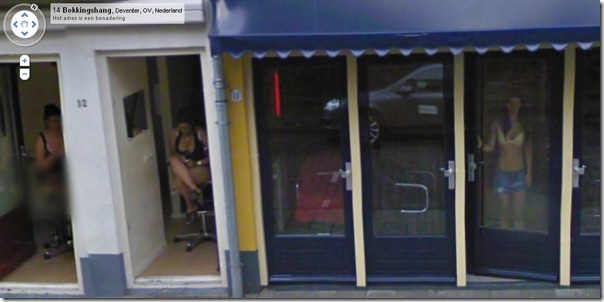 Only one picture of the Red Light zone in The Hague, but somebody would probably whished he stayed at work that particular day. The picture is probably clear enough for anybody who knows the man calling on the left side to recognize.

On a blow up version, you can see more, although I decided to make his face unrecognizable. 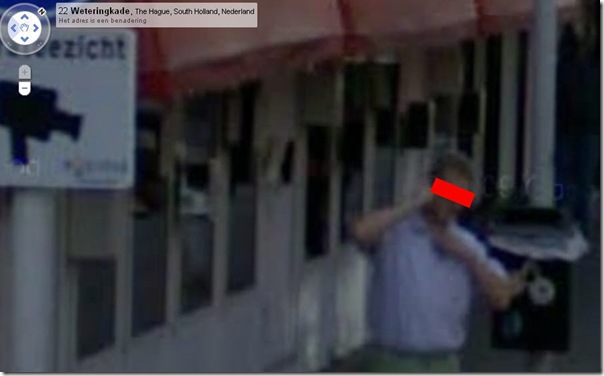