Home » On my way to Europe

I just boarded my plane, a BA flight to London. I was super surprised I could not load any Google.com application in the British Airways lounge, so I was stuck with opening multiple tabs with interesting blog posts, instead of downloading all of my feeds in Google Reader. This sucks. I’m used of flipping through a great number of posts while flying transatlantic. I will have to do with less to read. Maybe I can go deeper into the material, and actually reproduce someting meaningful here.

Sitting at a window seat, just above the wing, gave me a great view of The City of San Francisco during take off. Unfortunately, the plane already made a fast turn over the Golden Gate Bridge, so I could not take that many great shots from the air. Some of the shots are in taken in wide view of the whole city, which shows how big Golden Gate Park really is. 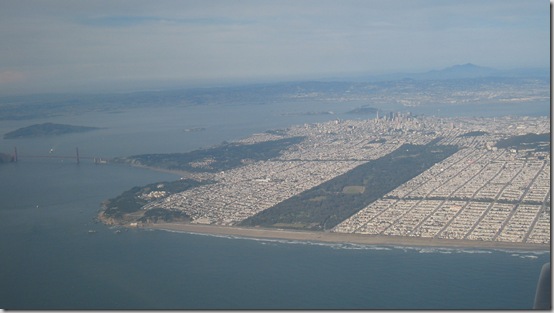 First off, what are we drinking and eating after take off. 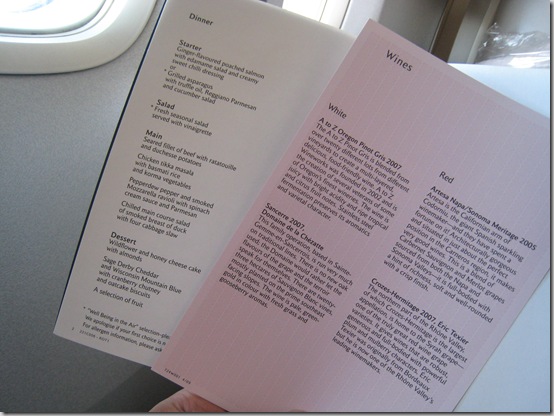 Now to my opened up sites in multiple tabs in the browser. I started with a great post of somebody I highly admire: Matt Mullenweg. I once went to the WordPress upgrade party at Matt’s house. At the time I didn’t know who he was, I just found the party on Upcoming, and I thought it would be fun. Later I found out he is the founding developer of WordPress. I just thought it was super cool of him to invite complete strangers into his house, to help each other upgrading their WP installation. That is true community building right there! 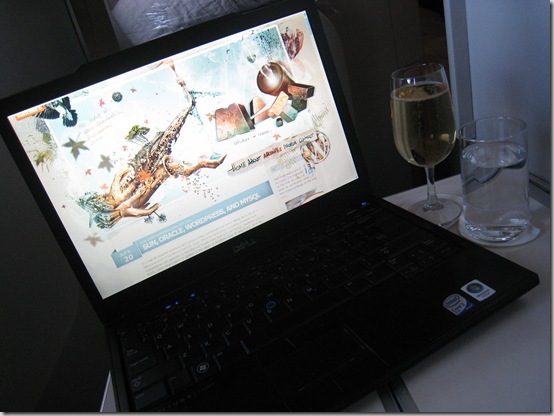 Since then I’ve been a big advocate for WordPress. Not only because the code Rocks, but I  like the way the platform has been developed over time by the founders and multiple volunteers. Cheers Matt, this Champagne I drink on you and your accomplishments. Hope to speak with you on Wordcamp San Francisco.

In any case, read Matt’s thoughts on the Acquisition of Sun by Oracle, which includes the MySQL open source database. If only to re-assure you Matt is totally in sync:

I have full confidence Matt and WordPress will weather any perfect storm, just because the WordPress community is build on top of so many smart minds which all have a vested interest.  With all the new applications Automattic is putting out there and managing and now with  the recent announcement taking over Blo.gs I have full confidence that Automattic is going to play a much bigger role in the way people are able to publish to the Internet, and I’m sure they will do an excellent job. 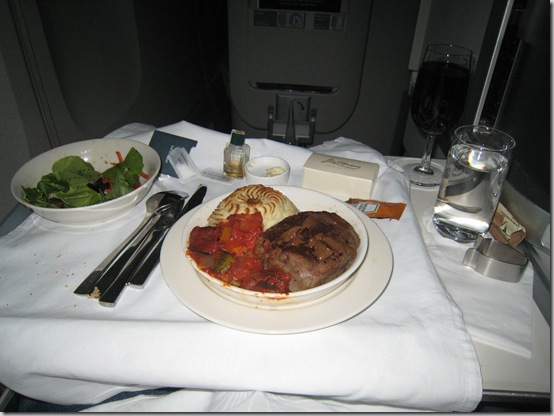 After the dinner, I dove into the 31-Day Project becoming a better blogger from Problogger.net Darren Rowse. The content is really good so far, and I will need some more time to digest it all. With this program, Darren shows how far he has come as a blogger. Clearly I still have a lot to learn. It’s amazing how Darren is helping anybody becoming a better blogger, not only with these great posts, but also with the help and the forum that goes with the program.

The 31-Day project is a good example of how you can get more valuable links and readers on your blog by giving away value. Every post, one a day, is a potential link magnet and a potential blue print for a second book Darren would be able to publish.

With two movies, Pride & Glory and Quantum of Solace, and a bunch of slides to produce for my presentations, the flight was over before I knew it.

Approaching Heathrow, you always get a good view over London. Unfortunately it wasn’t such a clear day today, but I still managed to get some great shots of the Thames, the Tower Bridge and Buckingham Palace from the Air. 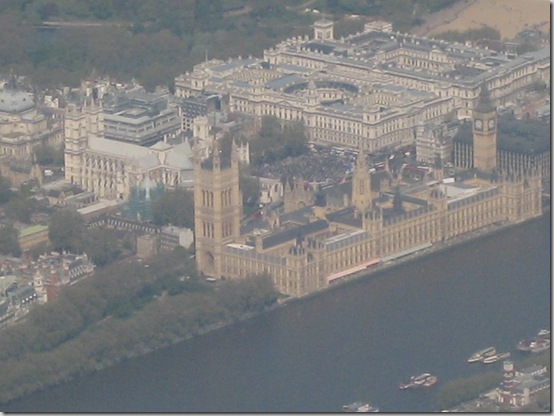 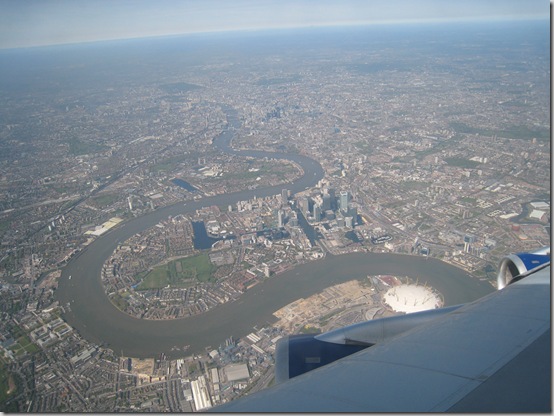 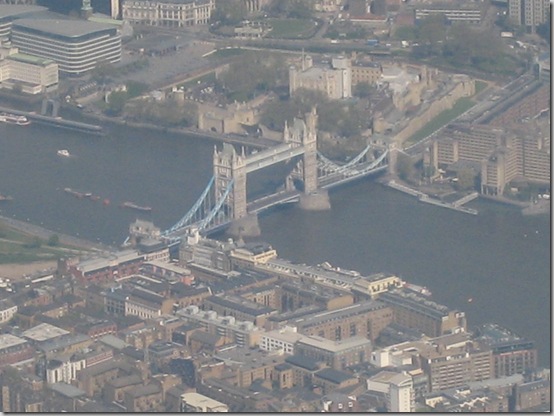 Just one more transit, and I will be in Zurich, Switzerland. 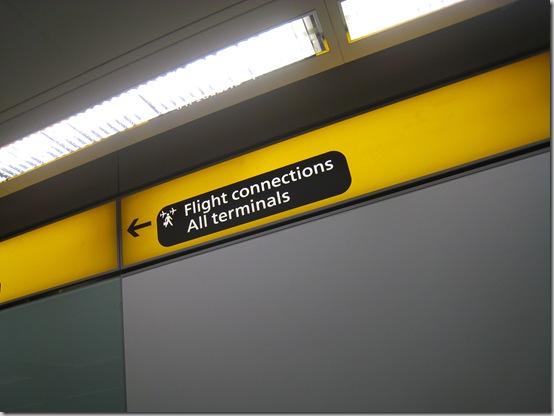