OMG, just like that, I switched jobs! Just after 14 months I’m moving from Geeknet, to AirBnB to head up their Global SEO efforts.

With my departure from eBay last year, after almost 10 years, I got the chance to see different companies from up close. Geeknet was somewhat familiar territory, as I was hired by a former VP of eBay, who had just joined Geeknet as the CEO. Although the industry Geeknet was focussed on was completely different than eBay, I was able to bring significant value to the company through the SEO program. What can you expect if you work with sites like Slashdot & SourceForge.

Already before the sale of Geeknet Media assets to Dice Holding, I realized I would like to work in a company or product focussed directly at the end user. Geeknet was too focussed on Advertising products for me. I would like to market a product directly to the consumer who will make the decision and benefit from the product, rather than market to advertisers who will spend money to market to their consumers.

AirBnB, My Passion Is Travel, Photography and SEO

For those not familiar with AirBnB, I sorted a couple of interesting articles for you to read:

The company has values and design principles close to my passions; Travel, Photography and Internet. Just look through some of the listings on AirBnB, you could stay in a English castle or in this 1sq meter house in Berlin for just $13. Check the top 40 coolest places on AirBnB. With AirBnB growing really fast, and with multiple referrals, the deal was closed faster than I initially expected and the decision to join a startup was not that difficult. Just ask yourself, who doesn’t want to work in such a cool office space…Check this virtual office tour of the AirBnB office ein San Francisco. 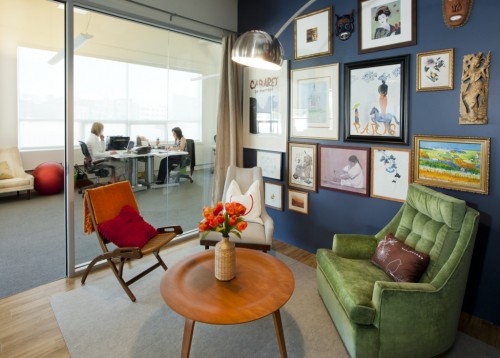 Every meeting room at the AirBnB office resembles a real listing on the site which you could rent for a couple of days. See the picture here on the right, which is a room from one listing in New York. Source: Beautiful Spaces Matter.

Based on the last couple of posts here, you can see that I take this move really seriously. Changing the way I work, getting up early and focus, turning myself into a hipster, cutting all my hear in the process, probably makes me the right person to kick some butt in this new role and accelerate the rocket ship which is called AirBnB. More to come..

As always I like to build close relationships with my readers, so I like to hear what you think of this move. Feel free to comment below here…