Did you save the newspaper of 21st January 2009? This was the day that Obama became President of the United States. If you did not saved a mint condition newspaper of this historical day, no sweat, you can still buy these on eBay!

I bought two mint condition issues of 21st January of The New York Times. And while the NYtimes is selling these for over $25 a piece, I managed to get two for only $5.06. 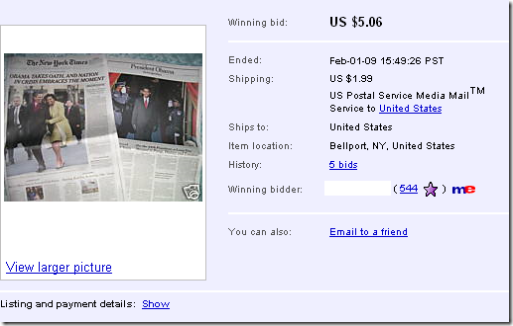 So what shall I do with the one I have double? 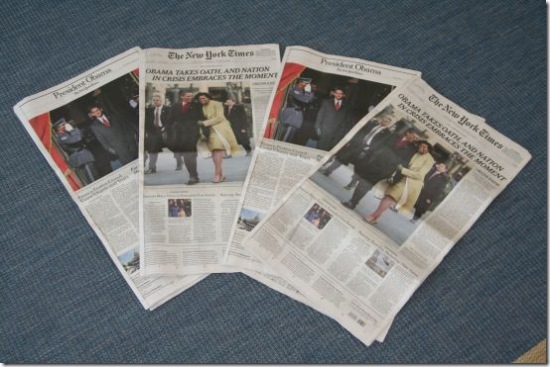