With the start of the NCAA March Madness basketball tournament starting this week, we here at Fanatics have been planning a decent amount of presence content on the WeAreFanatics blog. So far the March Madness Winning Teams Color Analysis has done really well in the first couple of days of the tournament, with the majority of the traffic coming in from Google search.

Obviously, as an SEO, I was interested which keywords are driving the traffic to this post, and how it’s ranking. With the data in Google Webmaster Console, it shows the page is ranking for some good keywords; getting decent traffic from these searches. Although the interest peaks when the tournament just started, there is a nice tail in interest. 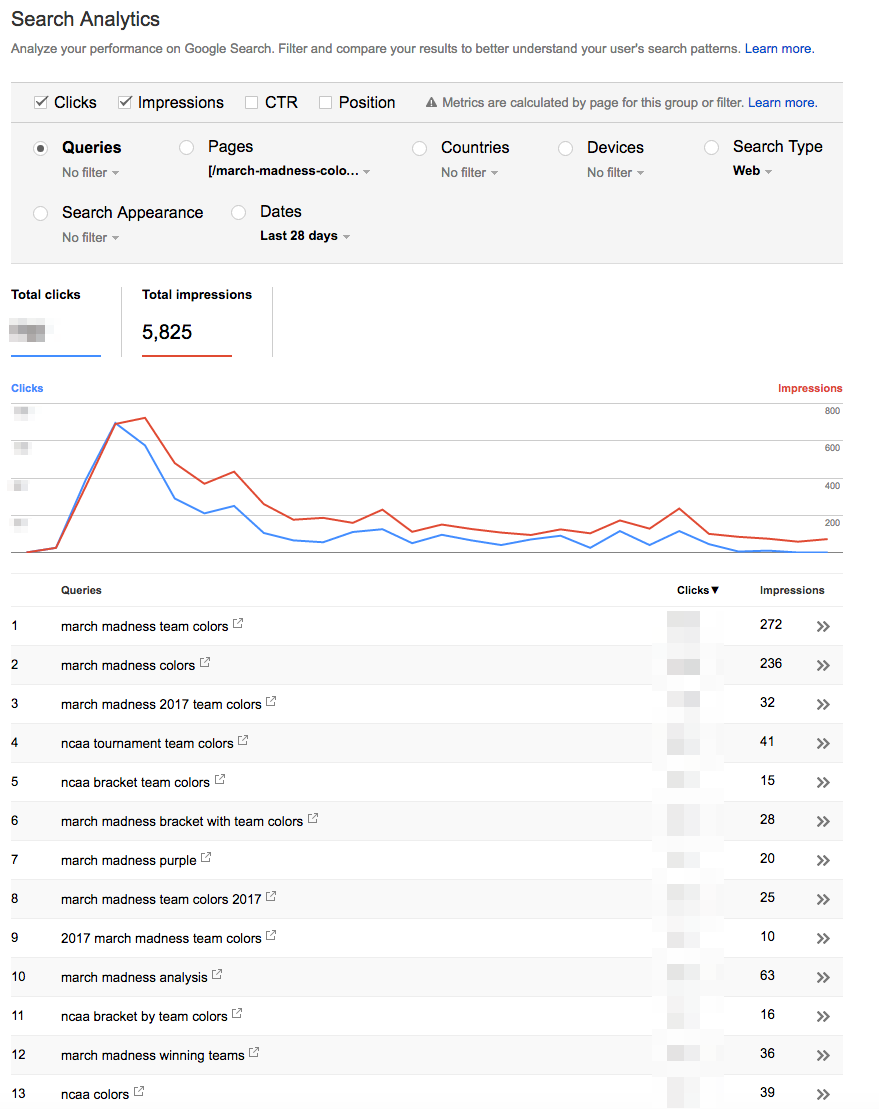 Traffic could even be better in the first days, if only Google was not showing the answer box at the top for: Why you should always pick blue and orange teams in the NCAA tournament. What is interesting in this box, is that rather than showing the top results in the top team colors winning the tournament, it’s showing the bottom of the team colors. Google Answer box #FAIL. See the screenshot taken on St. Patricks Day a couple of days ago. 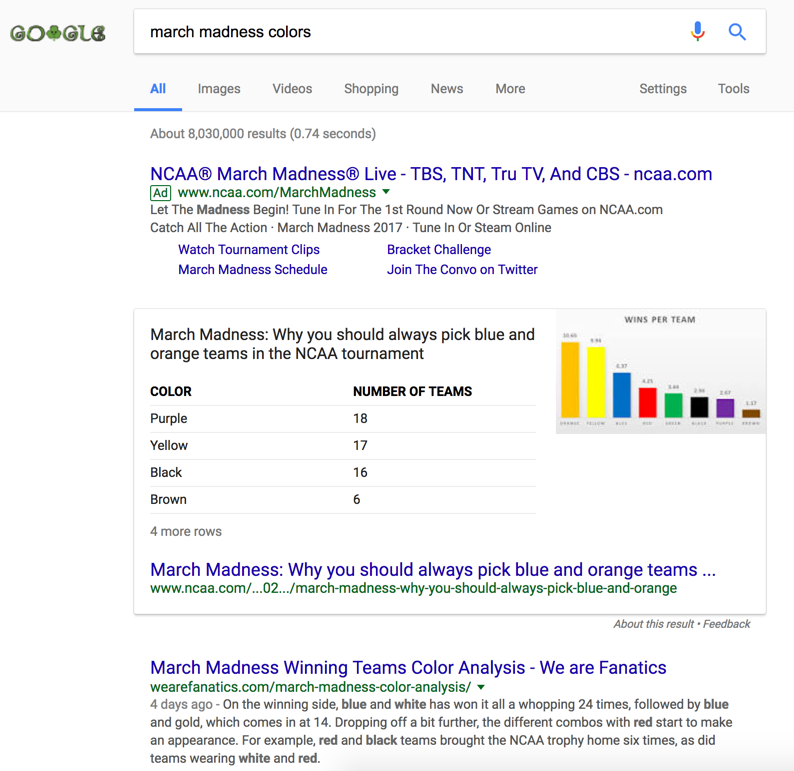 Within a day or two, the Fanatics’ March Madness Winning Team Color Analysis was ranking #1 in organic, but still saw the Google Ad and the Answer box taking up the majority of the screen real estate.

Since then, the Ad and the Answer box have been dropped, now that the NCAA tournament is over. 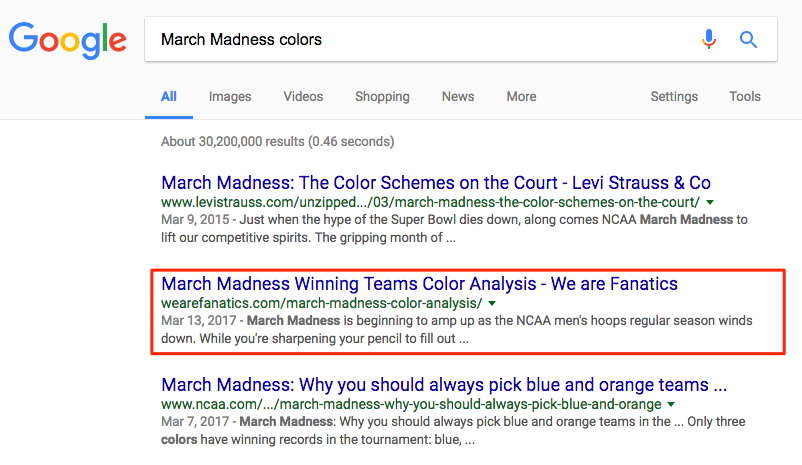 I’m anxious to see if there will be a surge in traffic next year when the NCAA tournament starts.