Early morning on a Saturday I woke up to go to Mavericks Surf contest in Half Moon Bay. It was supposed to become a beautiful day with big waves rolling in on the beach. At around 7 we arrived at Half Moon Bay, just in time to get the sunrise over the bay. Check out these shots: 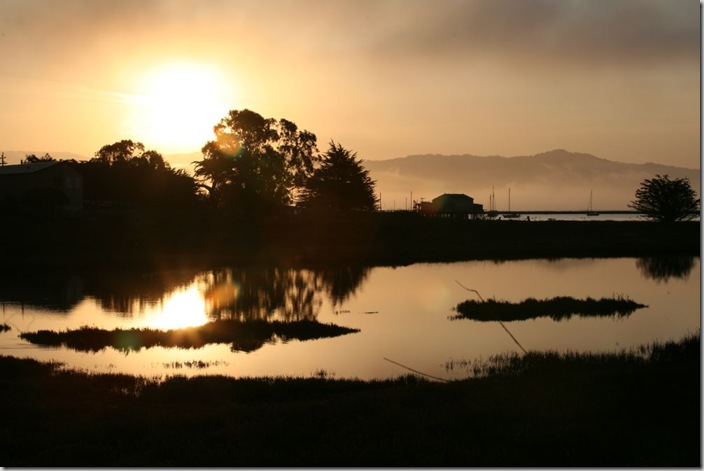 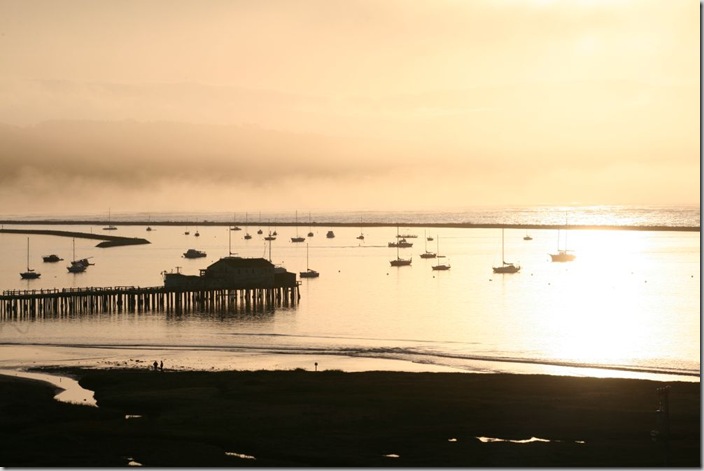 Too bad so many people got injured because of some wave decided to hit the beach where around 13 people were injured while trying to catch a view from the surfing. Read more:

The epic surf turned into a bone-crushing experience at the Mavericks Surf Contest Saturday as spectators got smacked by the massive swells. Two huge waves swept away fans watching the competition around 9 a.m., causing broken bones and other injuries to people standing on a seawall. 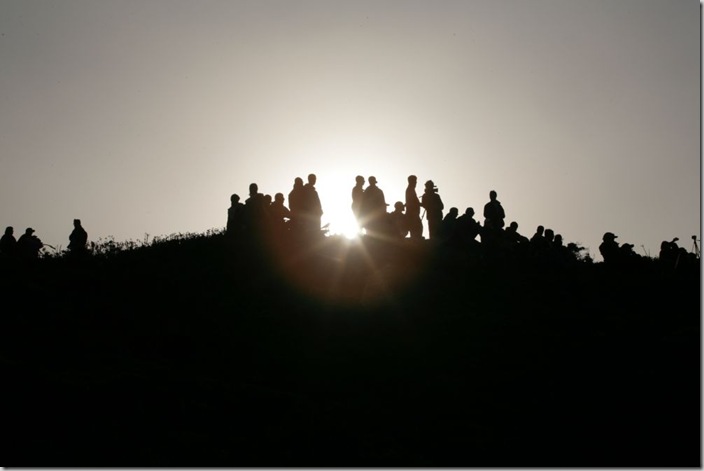 One thing I know for sure, next time I’m going to rent that big 600 mm lens, as my 70-200 mm was not enough to get close. The bigger, the better for these long distances.

I only have one shot where I can see a surfer taking a turn on a wave. Here it is, can you spot the little puppet on the giant wave?

And wave after wave came rolling in, one bigger than the other.

It was a good day for me to get some more experience on what I can do with my camera. I took some more shots in and around Half Moon Bay while we were walking back. Next year, if there is a Mavericks Surfing contest, I will be there again on the cliffs. Then with a big fat 600mm lens! 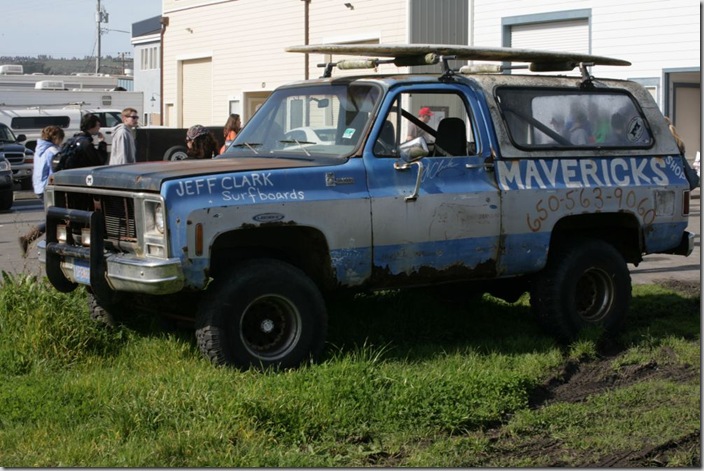