For the last 5 days, I’ve been getting notifications in my Gmail inbox somebody I don’t know has shared something with me on Google+. I thought it might be somebody I have circled back (Is that the right way of saying I have put the person in my circles after they had added me to theirs?). Nope, I didn’t even have this person in my circles! Could it be… Has the Google+ Spam begun..? 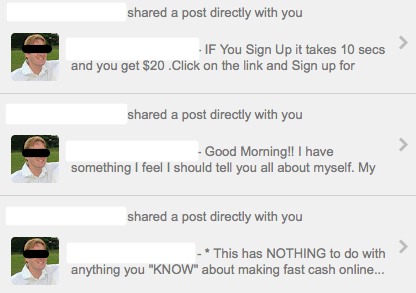 You would assume a smart spammer would pull out the Fembots, a reference to the Female Robots in the Austin Powers movie who tried to kill austin powers with the machine guns hidden in their boobs, also called breast canons. If you have never been exposed to a Fembot Spammer, shall we coin the term Sp(f)embot?, this is how a Twitter account of a Fembot Spemmer might look like: 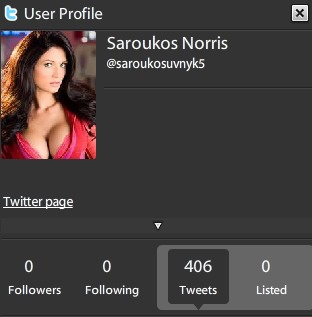 I can’t wait to see Google+ overrun by the Fembots, where Google has claimed in the past Google Plus would only be for real people and function as an “identity service”. When I read the following paragraph on SEOBook, which came from an interview with Amit Singhal on SearchEngineland, I actually was thinking about the Fembots trying to create real looking profiles for Google Plus spam.

“We don’t think of this as a promotional unit now. This is a place that you would find people with real identities who would be interesting for your queries.”

For a longer time I’ve been thinking about how Google has the perfect data infrastructure in place to prevent spam from Fembots. With the recent privacy policy changes, the underlaying data structures from all the “free” tools Google provides will give the Big G the ability to weed out fake profiles real easily.

Just think about it, would a spammer:

I strongly believe the privacy policy changes were not only driven out of the need to protect the privacy of the average Google user. These changes were more driven out of the need to start using the data Google is collecting to make Skynet smarter. Weed out the spam, build a “better” search algorithm, build better ad targeting based on your preferences, etc.  We slowly get more buried into our own little bubbles…

What I don’t understand right now, is why I’m being flooded with irrelevant email notifications of some random dude who has decided I’m a core target to sell Sh*t to. Google, fix it, please..! Or at least… bring out the Fembots!